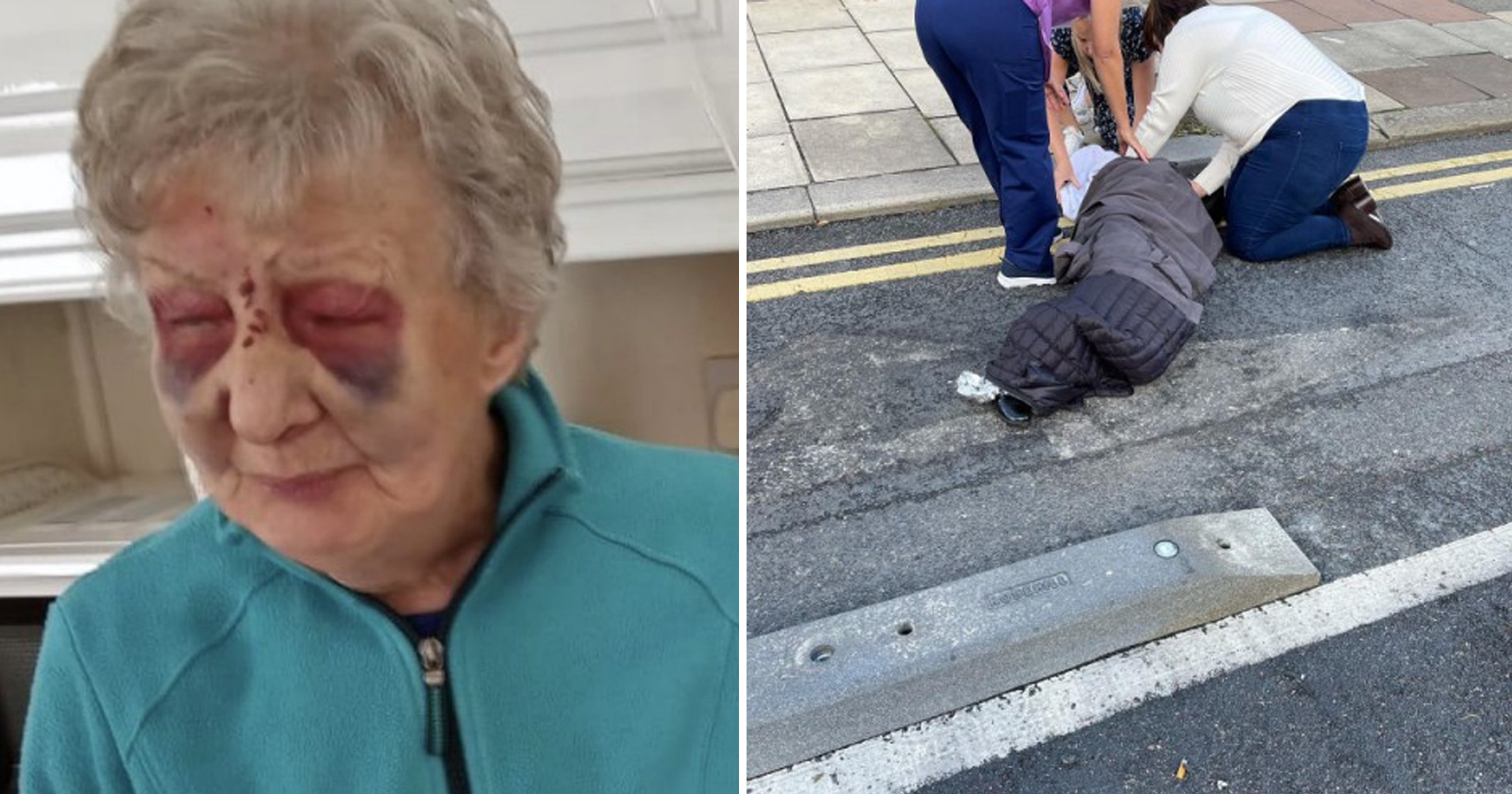 An 86-year-old woman was left bloodied and bruised after tripping over a partially installed cycle lane barrier.

Dorothy Martinscroft, 86, was injured when she fell over a platform being fitted as part of cycle lane improvements in Southport town centre.

She did not spot the raised surface because the new grey platform is similar in colour to the road surface and the bollard is not yet in place.

Dorothy was helped by a passing first-aider after falling on to the road in Hoghton Street on October 1 before being taken to hospital in a rapid response vehicle.

Dorothy’s daughter Alison Barnes, said she was still in pain and shaken up after injuring her face, hand and back.

She’s still struggling to use her hand and was left embarrassed to be seen due to the bruises on her face.

Alison said: ‘She’d been for her covid booster jab on Hoghton Street and tripped over the concrete bollard.

‘She had a big egg on her head, a sore back and right hand and she was bleeding heavily.

‘A first aider was passing by and fortunately had a spare nappy with them which they used to control bleeding until the police came.

‘The police said they’d done all the first aid they could and a paramedic came in a car and took her to hospital because the wait for an ambulance would have been too long.’

Staff from the nearby Stokers furniture store invited her inside while she waited for the paramedic.

Although her mum is usually very independent and active, Alison says she was left shaken up as a result of the fall.

She added: “She very very sore, she’s extremely embarrassed to be seen out with the bruises and has been struggling with her right hand being sore as she’s right handed.”

Sefton Council has promised to investigate the incident.

A spokesperson said: ‘Our sympathies go out to this lady and her family.

‘We will be investigating the matter further.’