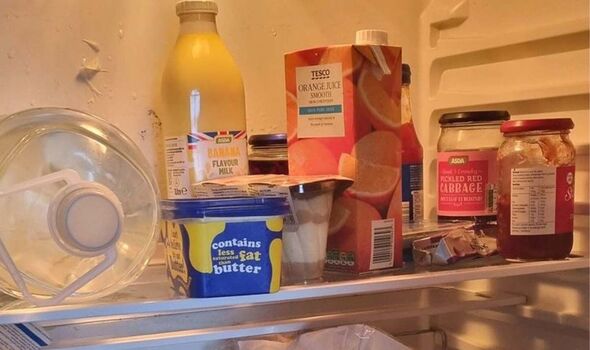 A plumber has shared how a routine visit to fix a leaky tap resulted in him discovering an 89-year-old pensioner, with only £1.69 in the bank and a few items in her fridge.

The woman burst into tears as she told him that the money in her bank was all she had to last on until mid-January and that she would be eating eggs on toast for Christmas dinner.

Plumber James Anderson asked how the woman would manage at Christmas and was told she had just £1.69 to last her three weeks and had no special food for a Christmas dinner. She had a small number of Christmas cards and three gifts from friends, reports HullLive.

James took a picture of her fridge which had some cabbage in a jar, orange juice, water, margarine, eggs and yogurts. Posting on social media, James said tagged the Prime Minister in, saying: “89 years old lady @RishiSunak, with only £1.67 in the bank until mid-January. 3 presents from friends, a few cards. She is having eggs on toast for her Christmas dinner!! “

“I went to see her to repair a leaking tap. She cried on my should for 40 minutes.”

John, who leads the DepherUK charity which helps needy families across the north of England, arranged for a huge food hamper to be delivered from Asda with enough food to last 60-days including Christmas dinner.

He then followed up his post with confirmation of the bumper grocery delivery to the woman’s home in Blackburn, saying: “The ladies’ shopping has been delivered. Enough food for 60 days and a nice Christmas dinner. She will have plenty of gifts delivered by Father Christmas.”

James’ post on Twitter was met with a wave of support and sympathy for the pensioner, with other Twitter users explaining their own predicament over Christmas.

One said: “I work full time and have a house with two children to pay for and child maintenance for my ex-wife, the 2 children in the house I live in are not mine, but I have £11 in my account. I get paid on the 30th of December and that will last me two weeks.”

Other asked how they could help the lady and praised James and Delpha for stepping in. One said: “Thanks for your help @Depheruk. I don’t know how you do it. It must break your heart. Love and hugs to you and your team.”

Age UK also responded to the Twitter thread asking for people with concerns for the elderly to contact their advisors. They said: “Our advice line is on: 0800 022 3411. Lines are open 8am-7pm 365 days a year. I hope this helps. Many thanks, Age UK Social Media Team”.

James has been described as “Britain’s kindest plumber” after launching his charity which helps families and the elderly struggling with the cost of living.