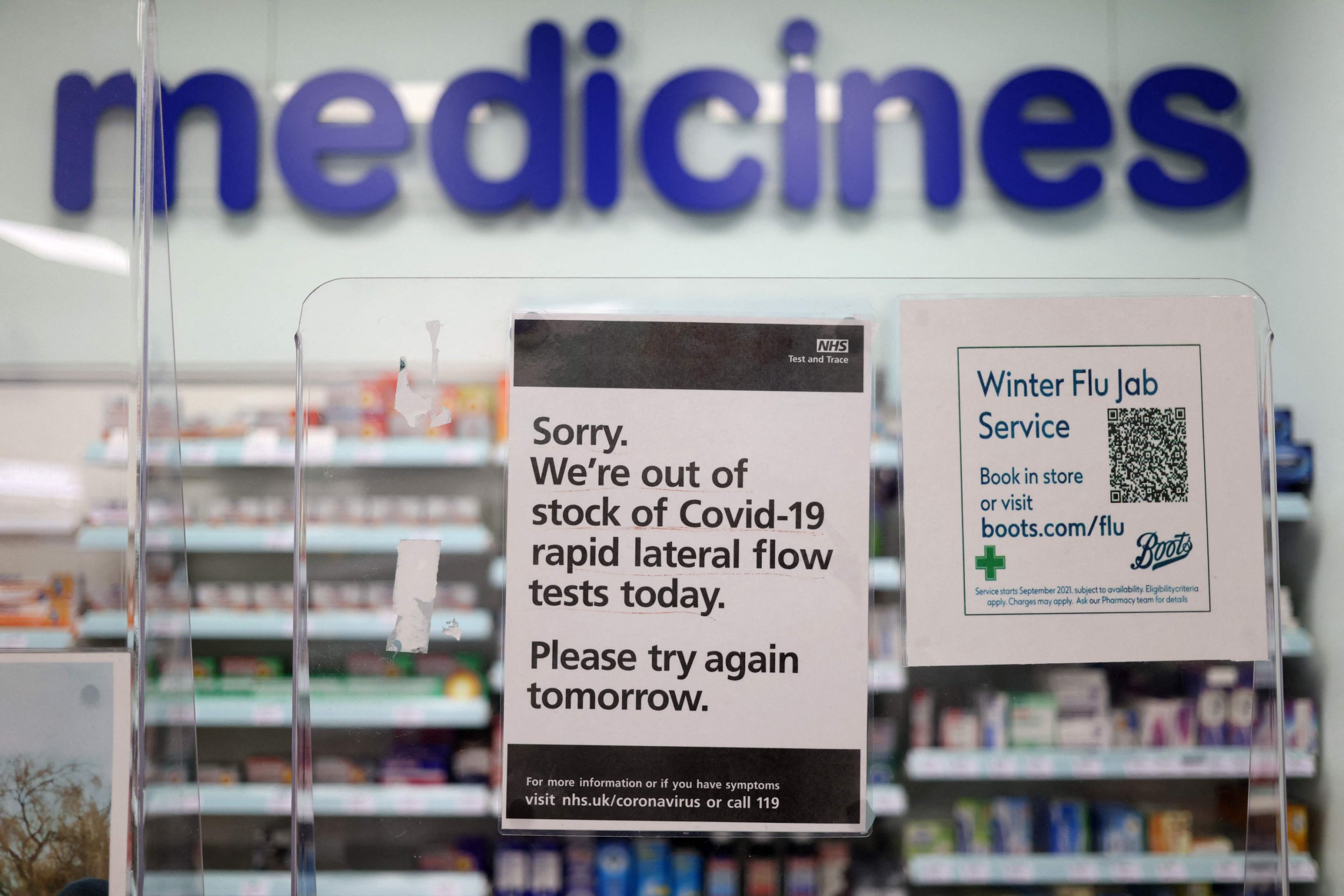 A shortage of lateral flow tests in pharmacies is a ‘huge’ problem as people are requesting them ‘every five minutes’.

Patients are often left unable to find the tests in pharmacies because of low and ‘inconsistent’ supplies.

Leyla Hannbeck, the chief executive of the Association of Independent Multiple Pharmacies, said the current daily influx of 900,000 tests has not been meeting the high demand.

She told the BBC: ‘What our members are telling us is that demand for the lateral flow tests is very high at the moment due to the current guidelines around self-isolation.

‘Pharmacies are reporting that every five minutes approximately somebody comes in to the pharmacy asking for a test.

‘But, unfortunately, because of the issues around supply being patchy and inconsistent, it means that those who come for the test don’t always get it, which is very stressful not just for the pharmacy team but for the patient.

‘The scale of the problem is huge because the demand is high, because of the current guidelines.

‘People are doing the responsible thing by wanting to be tested and we are in the Christmas area of time, and the New Year is just around the corner and people want to be with family and friends.’

The UK Health Security Agency (UKHSA) said nearly 900,000 test kits are being provided per day, which is double the supply seen before December 18.

But Ms Hannbeck said deliveries have been ‘patchy’, adding: ‘It just simply isn’t enough to meet the demand and it’s patchy.

‘Some days you get one box delivered and other days none. It isn’t enough for the pharmacies to deliver to the patients.’

She added: ‘We want to make sure that the message is clear to the Government that the supply needs to be consistent.’

Meanwhile, many people trying to book walk-in PCR tests were being directed to sites several miles away or told none were available.