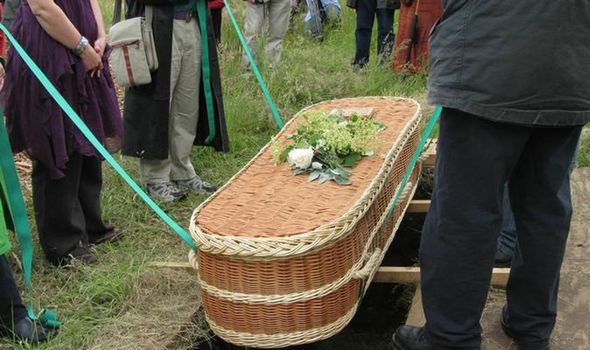 What phobia did George Washington, Hans Christian Anderson and Chopin have in common? The answer is that they all suffered from Taphophobia, otherwise known as the fear of being buried alive. Composer Chopin left instructions asking for his heart to be cut out to make sure he was dead, US president Washington requested to be laid out for three days, and author Christian Andersen asked for his arteries to be cut open.

Before the era of modern medicine, the phobia was not entirely irrational as there were hundreds of reports of people being buried alive in the 1800s.

During Queen Victoria’s reign, one designer even came up with his own safety coffin.

Although it didn’t quite take off, from Dr Timothy Clark Smith’s invention rose a 6ft shaft with a window at the top so that when he was buried mourners could look down on the body.

It also had a bell that could be rung from a string in the coffin.

American John Krichbaum designed a coffin in which a T-shaped pipe from the surface passed through the lid to rest near the hands.

If the “corpse” twisted the bar it would show on a scale at the surface.

The pipe would also open to let in air to keep the unfortunate victim alive.

In 1868, Franz Vester got a patent for his “Improved Burial-Case”.

It had a number of features a Taphophobic would appreciate, including an air inlet, a ladder and bell.

The design was improved by the addition of a batter-powered alarm and spring-loaded rod which would raise up carrying feathers to tell people above ground there was something going horribly wrong beneath it.

Today, such ‘mistakes’ are extremely rare with only a handful of cases ever reported. Despite this, a large number of people find the very thought of it happening to them totally debilitating.

Harley Street hypnotherapist Adam Cox, known as the Phobia Guru, says that most people are anxious at the thought of being buried alive because it ‘taps into several elements of genuine phobias’.

Some are so genuinely scared they construct ‘safety coffins’ which have included glass lids for observation, ropes attached to bells that could be used as a signal, and breathing pipes for survival until being rescued.

There are also cases of people requesting to be buried with their mobile phones…. just in case.

Macron’s support for Boris Johnson’s bridge from UK to France exposed: ‘Let’s do it!’