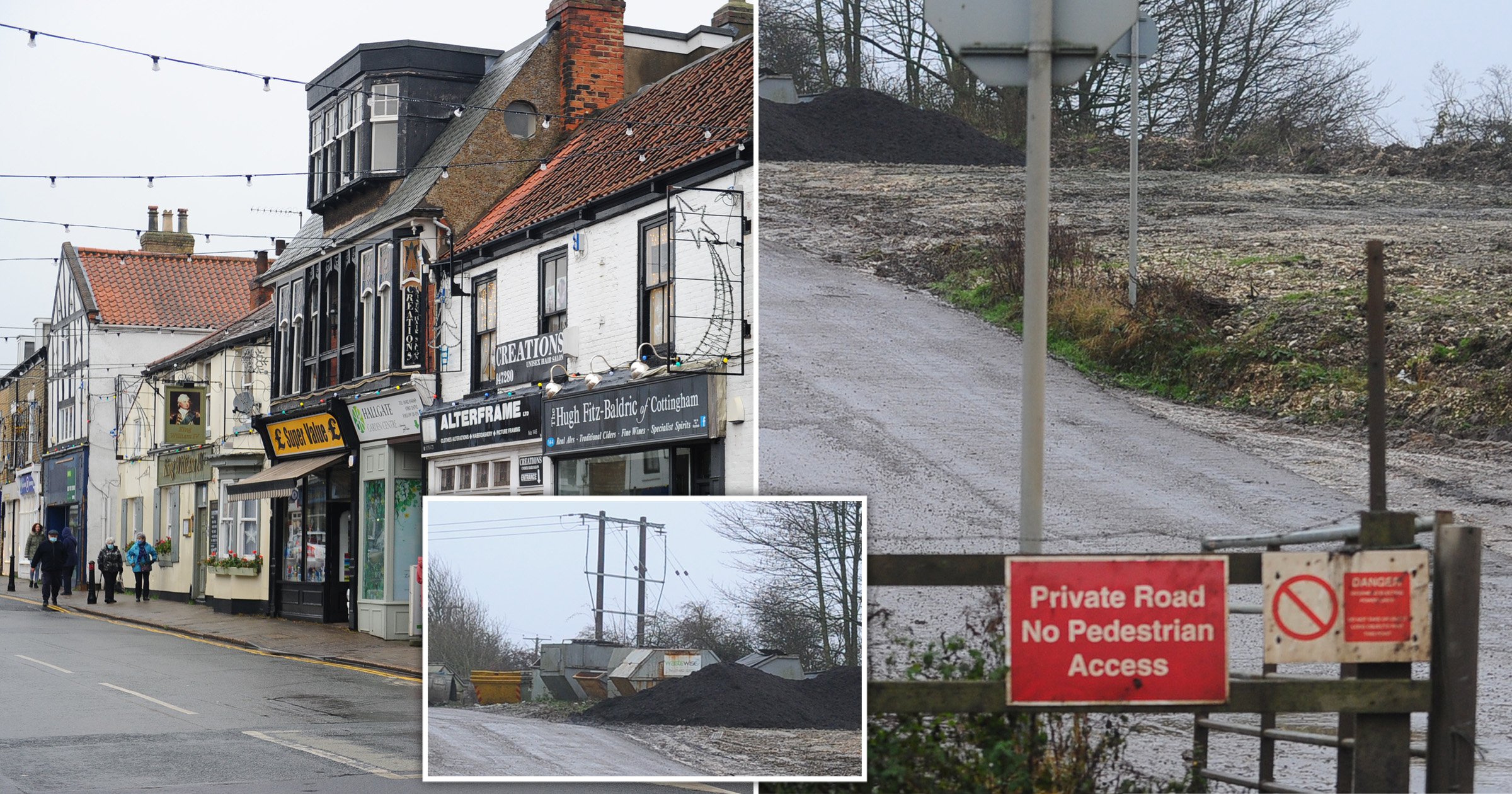 There’s something smelly going on in a Yorkshire town.

The stink has been described as smelling ‘like vomit’ and is so strong it’s making people ‘physically sick’.

Some claim it has forced them to call off daily walks, and a business in the town says people have cancelled picking up Christmas orders because of the stench.

The source of the smell is thought to be a biowaste site in nearby Willerby, run by a company called Wastewise.

Perched on a hill overlooking the village, the site composts Hull’s brown bin garden waste, among other recycled rubbish.

In a community Facebook group, Lucy Jane of west Cottingham asked if anyone else was struggling with the smell.

‘West Cottingham smells so nasty lately, that massive waste site blowing over. I’m struggling with it, it stinks! Anyone else?,’ she asked.

Andy Kay added: ‘We have stopped going out for walks because of it – we shouldn’t have to put up with it.’

John Mark of the Mill House Distillery said: ‘Had a customer phone me yesterday to say he wouldn’t be calling for his order as his wife had been ill in the car due to the “vomit smell”. Can’t continue like this!’

A spokesperson for East Riding of Yorkshire Council said: ‘The council is continuing to investigate reports of poor odour in the Cottingham and Willerby area.

‘Residents with concerns should continue to contact the council’s environmental control team or directly to the environment agency.’

It’s not the first time people have complained about a foul smell wafting over their homes from the Willerby biowaste site.

Following similar complaints in 2020, Wastewise said it had invested millions in state of the art technology to ensure it was a responsible neighbour.

It told HullLive: ‘We are heavily regulated by the Environment Agency (EA) and the Local Authority to ensure that we comply with our environmental permit and management systems at all times.

‘Extensive odour monitoring of the surrounding area over recent months has established, beyond any doubt, that Wastewise is operating within its permit and keeping any odours to an acceptable level.’

Wastewise has been asked to comment on the latest complaints.