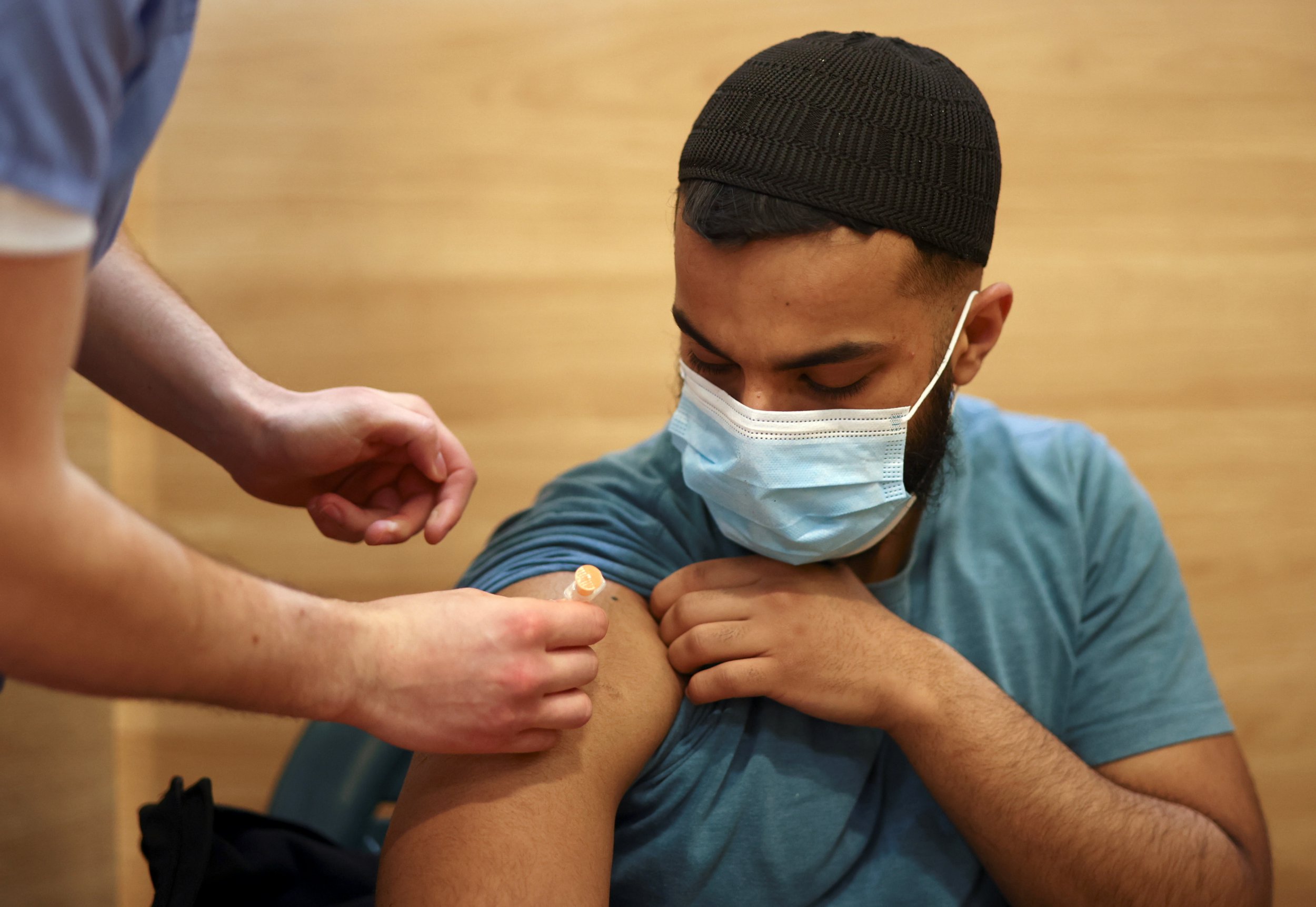 People in their 30s could be offered their first Covid vaccine appointment within the next week, it has been reported.

Officials are said to be close to finalising a deal that will roughly double the UK’s original order of 40 million Pfizer Covid jabs, The Times reports. This order will then be used to offer younger people an alternative vaccine to the Oxford/AstraZeneca jab.

Rare cases of blood clots have been identified among a small number of Oxford/AstraZeneca jab recipients, with younger people more likely to be affected, experts have said.

The chance of dying from a blood clot after having the jab is about one in one million – with 19 fatalities from around 20 million vaccinations.

The Joint Committee on Vaccination and Immunisation (JCVI) is still in discussions as to whether or not people in their thirties will be allowed to have the Oxford/AstraZeneca jab.

But if the Pfizer order is successful, the NHS will begin inviting the age group to get vaccinated by the end of next week, The Times reports.

The extra jabs will also be used to give elderly or vulnerable people a third booster dose this autumn, ahead of the winter months where flu-like viruses are more common.

It was previously stated that those aged between 35 and 39 would be invited to book their first dose of a Covid vaccination towards the end of May. The Government is aiming to have all adults in the UK offered a jab by the end of July.

Downing Street are said to have shelved plans to announce the Pfizer deal in the coming days as it could damage tense relations with Europe, which is struggling with its vaccine rollout in comparison to the UK.

No need for mandatory masks in the workplace, says Minister