The minister was asked this morning on what people in England and Wales should do if they want to call 999 today.

He told Sky News: ‘The system will be under very severe pressure today.

‘We’re saying to the public to exercise their common sense in terms of what activities they do, being mindful of those pressures that are on the system.’

Mr Barclay added that ‘decisions in some cases’ surrounding cover in place for striking ambulance staff would be ‘taken on the day’.

Those striking have described the emergency system as under ‘immense pressure’ and the ‘worse we’ve ever seen it’.

Concerns have been growing about the impact of today’s strike, with questions about what level of service will be available to those requiring an ambulance.

But all category 1 calls – the most life-threatening such as cardiac arrest – will be responded to under strike arrangements. 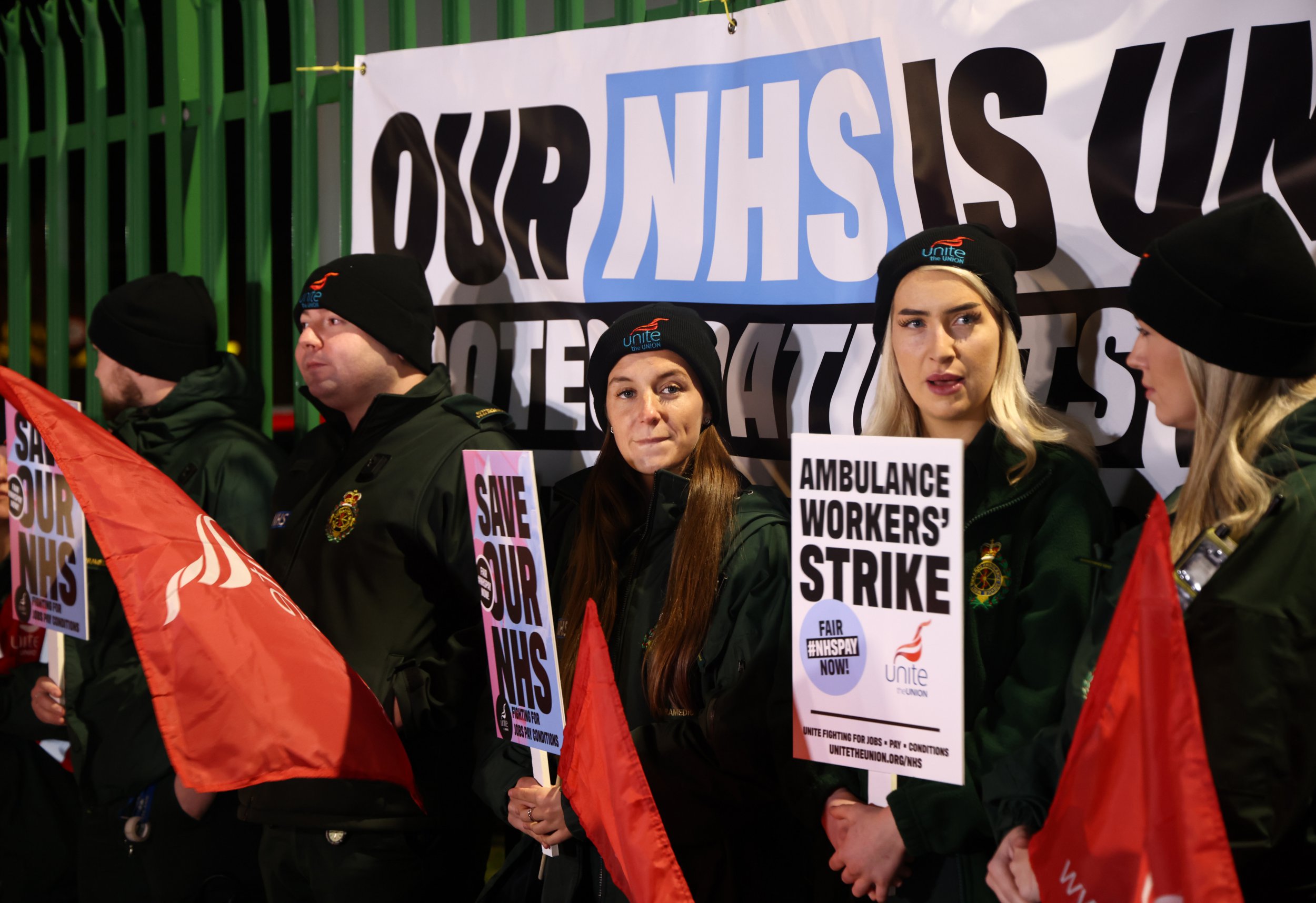 Some ambulance trusts have agreed to exemptions with unions for specific incidents within so-called category 2 which covers serious conditions, such as stroke or chest pain.

However, patients in category three – typically including falls – and category four are unlikely to be sent an ambulance during the strikes and have been advised to make their own way to hospital.

Matthew Taylor, chief executive of the NHS Confederation, which represents NHS organisations, told BBC Breakfast he wanted to ‘encourage our colleagues in the ambulance service in the trade unions to work as co-operatively as they can through today’s industrial action to try to minimise patient harm’.

He added: ‘These strikes come on top of the fact that we are already in a very challenging situation.

‘In most parts of the country the ambulance service is well away from meeting its targets for responses to those kind of category 2 cases – so not absolutely urgently, life threatening, but still very important urgent and critical cases.

‘So, this strike could not be happening at a worse time because of the pressures the NHS faces.’

He said ‘we cannot afford to drift into a winter of industrial action’ as he urged the Government and unions to reach an agreement.

The strike action comes a day after a second 12-hour strike by nurses in less than a week, with many of them taking to picket lines to express their concern over pay, staffing levels and patient safety.

Downing Street later declined to set out what ‘risky’ activities might include, with the prime minister’s official spokesman telling reporters: ‘The public, as we saw through Covid, can be trusted to use their common sense.’

Military personnel are being drafted in to provide support on ambulance calls during the strike but will not drive ambulances on blue lights for the most serious calls.

Former British Army head Lord Richard Dannatt yesterday questioned the decision to call in the military – many of who will be young privates on £21,400 a year.

‘Armed forces personnel got a pay rise of 3.75 per cent,’ he told BBC News. ‘It’s quite a tall order to ask people to stand in for others who are striking for double digit pay awards. Frankly, it’s not fair.

The Royal College of Nursing wants a 19 per cent rise for nurses – the current 14 per cent retail prices index of inflation plus five per cent – although it has suggested it would accept a lower offer.

Ambulance unions have not called for a specific salary increase figure. The NHS Pay Review Body has offered an average pay rise of 4.75 per cent and the government has refused to negotiate.

France says row with Washington over submarines still not resolved