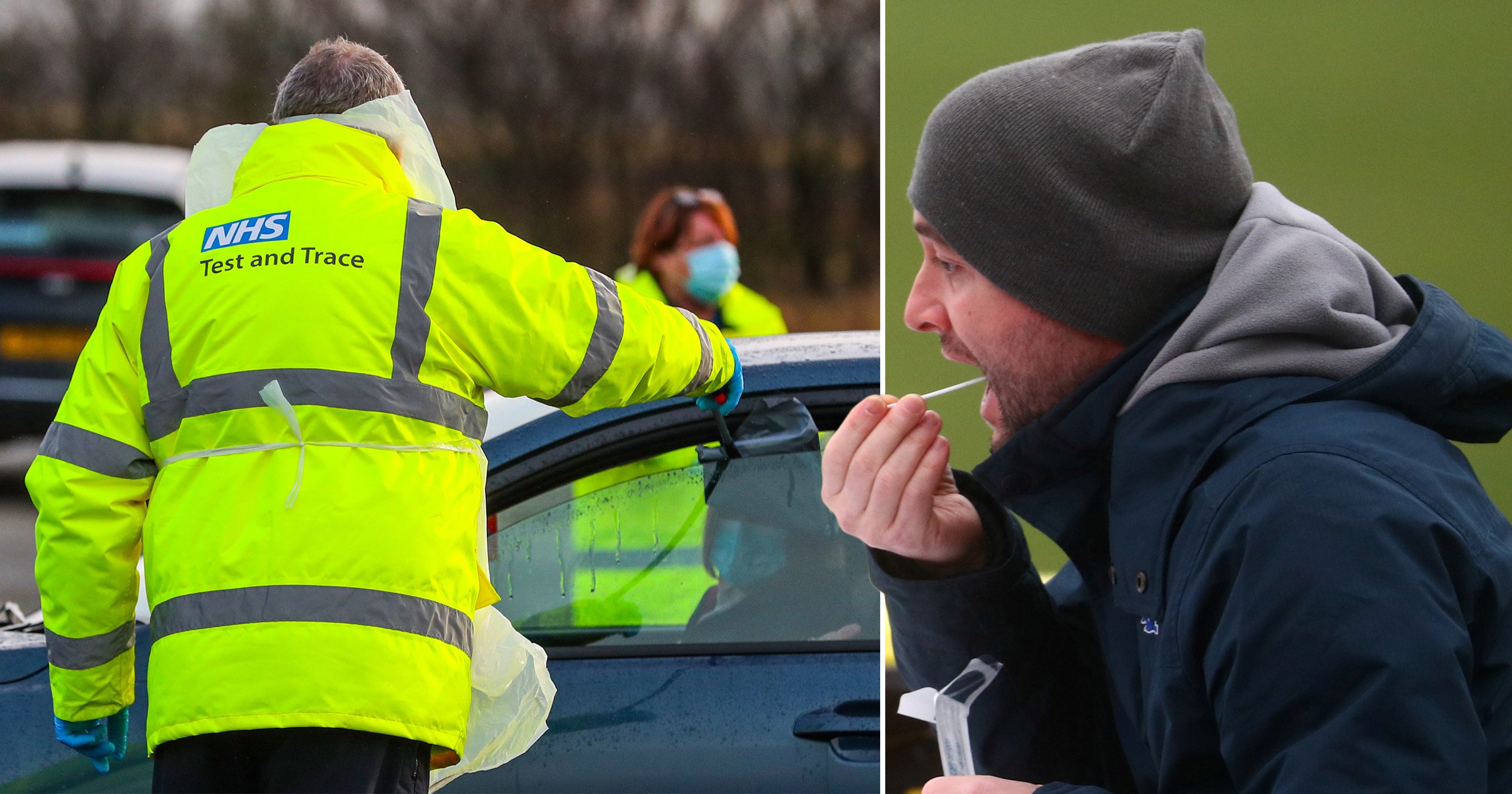 A million people in North West England have been urged to get tested for Covid immediately if they have a number of wide-ranging symptoms including a runny nose, a headache or nausea.

Officials are ramping up testing in Liverpool, Preston and Lancashire after more than 100 cases of a mutated strain were reported across the region.

Residents have also been told to look out for diarrhoea, fever and chills, shortness of breath or difficulty breathing, fatigue, muscle or body aches, a sore throat, vomiting and congestion.

The government’s emergency virus committee Nervtag is likely to officially categorise strains in Liverpool and Bristol as early as today, i claims.

Public Health England said on Tuesday the Liverpool cases involved a E484K mutation already seen in the South Africa variant, although it is not being classed as a new variant.

Cases in Bristol involve the strain that originated in Kent with the E484K mutation and could allegedly be named a ‘variant of concern’.

Although the E484K mutation could reduce how effective vaccines are, they should still work, according to experts.

It comes as Oxford scientists confirm the AstraZeneca vaccine has a similar efficacy against the more contagious Kent variant.

The testing in north-west England is separate to the ‘surge testing’ seen across England as a response to the spread of the South Africa Covid strain.

Dr Sakthi Karunanithi, director of public health and wellbeing at Lancashire County Council, has urged residents to get tested.

However, she stressed there is no evidence that the mutation is more dangerous and it is normal for viruses to change.

She said: ‘If you live in Preston or West Lancashire and you’re feeling under the weather, please get a Covid test.

‘It doesn’t matter if you don’t have the three classic symptoms of a fever, loss of taste or smell, or a cough – even a headache could be an indication you may have this mutation.

‘Understandably, some residents may be concerned but all viruses mutate over time so this should not cause any further alarm.

‘Alongside our partners, please rest assured that we are monitoring the situation closely.

‘It is important to stress that there is currently no evidence that this mutation alone causes more severe illness or is more transmissible.

‘The best way to control the spread is for everyone to continue to abide by the lockdown rules and following the simple steps of washing your hands, using a face covering and making space from each other.

‘While Covid has been here for a while now, these new variants remind us that we all need to keep doing what we can to stay safe and avoid spreading Covid to each other.

Matthew Ashton, director of public health for Liverpool, said the varying symptoms were ‘of concern but we should not be panicking about it’.

He added: ‘We are concerned that people may not think they have Covid because they are not displaying the classic symptoms and, as a result, could be unwittingly spreading the infection to others.

‘The virus is changing all the time, so it is essential that we redouble our efforts so we stay one step ahead of it, and we know some people have been testing positive with other symptoms.’

Growth slows down but we're still most dynamic EU nation