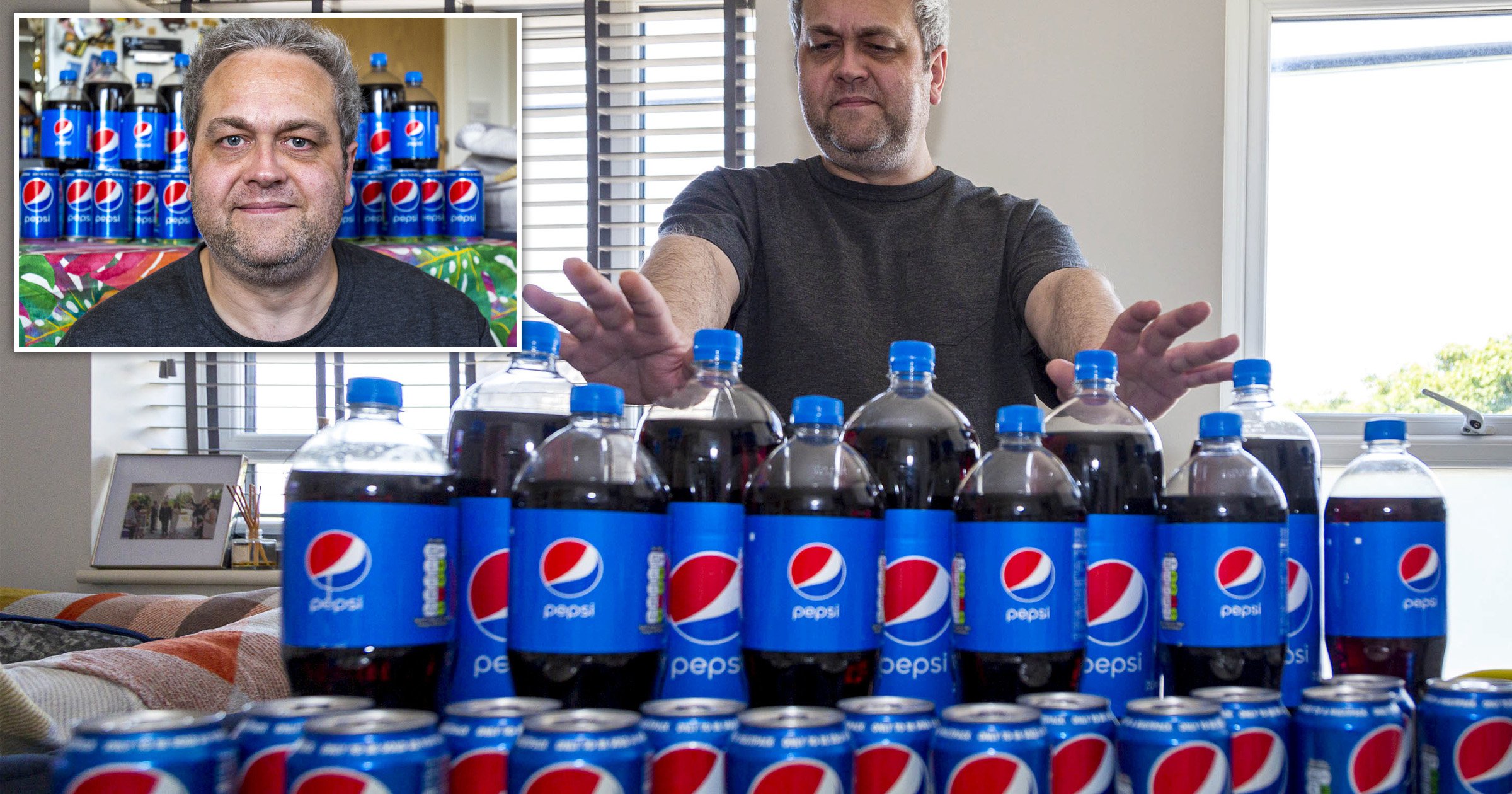 A supermarket worker who guzzled 30 cans of Pepsi every day for 20 years has finally kicked his habit after turning to hypnotherapy.

Andy, from Bangor, north Wales, said: ‘I’ve always loved the taste of a cold Pepsi. Nothing could beat it and I just got hooked.

‘I work nights so always liked the sugar rush to keep me going. I’d go through four or five two litre bottles of Pepsi every day.

‘Because I work at Tesco I could just buy it straight after work and take it home.”

But Andy admits he could have purchased a car every year with the ‘fortune’ he has spent on his favourite soft drink.

‘I just needed to have it, as soon as I woke up I’d go to the fridge and pour myself a large glass of Pepsi and just carry on through the day.

‘I remember going to weddings and birthdays and while other people had glasses of champagne I’d be toasting people with a can of fizzy pop.’

Andy decided drastic action was necessary after his weight soared to 19 stone and doctors warned he was at risk of developing diabetes.

He managed to shed two stone through diet and exercise but struggled to stop drinking Pepsi.

But after turning to London-based hypnotherapist, David Kilmurry, Andy says he has finally kicked his habit.

After just one online hypnotherapy session, Andy drank water for the first time in 20 years.

Andy said: “David met me online and hypnotised me for about 40 minutes.

“I don’t know what he said but afterwards I just didn’t want to drink it anymore.

“I’ve still got two cans of Pepsi in my fridge which I was going to have before the session but didn’t have time.

“I haven’t touched them in a month and don’t plan to. I prefer water now. My wife Sarah says my skin looks better and I’ve got so much more energy.”

Now Andy enjoys walking and he and his wife, Sarah, are planning to climb Mount Snowdon in the summer.

David described Andy’s love of sugary beverages as ‘by far the worst sugar addiction’ he had ever heard of.

‘Resigned to addiction, Andy was overweight, anxious and struggled to get his words out because he was so breathless.

‘This kind of addiction is very dangerous and puts huge pressure on your vital organs.

‘Andy was pre-diabetic and needed to change quickly before heart disease and potential pancreatic cancer took him.

‘It became a poison and a crutch to him.

‘Since working with him I am delighted to see him drinking water and healthy drinks.’

A mum addicted to drinking five cans of Coca-Cola every day told how she decided to turn her life around and lose half her body weight after being turned away from a rollercoaster ride at Thorpe Park.

Here are the seven things that happen when you quit fizzy drinks.

Got a story for Metro.co.uk?

Get in touch with our news team by emailing us at [email protected] For more stories like this, check our news page.

Kinky, Your Majesty! Sexual wellness company gets royal seal of approval from Queen