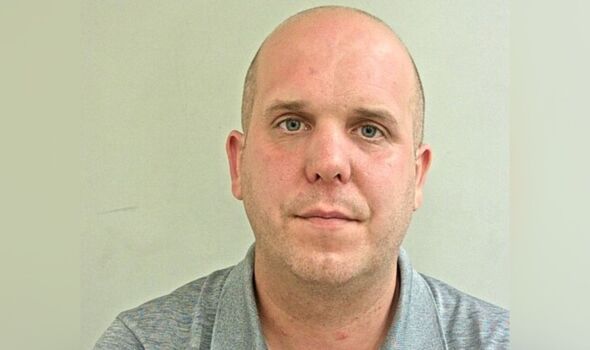 A man has been jailed after trying to pay 14-year-old girls for sex.

Alexander Budd offered to pay £400 for a teenager to have sex with him, later increasing his offer to £550 if he could choose what outfit she wore.

However, “Maddie”, 14, and “Abi”, 14, were fake profiles set up by paedophile hunters to catch predators.

The 41-year-old of Westway Court in Fulwood, Lancashire, was confronted by a member of the group who called the police on him when he turned up to meet one of the girls on Garstang Road in Fulwood.

Budd was arrested, and he admitted he had gone to meet a teenage girl but insisted they were only going for a walk around a park.

Judge Philip Parry, sentencing, said: “It was utterly despicable behaviour, the sort which would turn the stomach of anyone who hears the facts of this case.”

Stephen Parker, prosecuting, said in May 2021, Budd was online talking to “Maddie”, who told him she was 14.

The decoy repeated that she was only 14 and said she had never had sex before.

She said she lived in Ipswich and Budd said he would arrange to rent a flat for them to meet.

He offered Maddie £200, telling her he was 39 and she would not want to have sex with him if he did not pay, and on June 4 sent a link to a property he planned to rent for their hook-up.

The next day, Budd was back online and began chatting to “Abi”, who also said she was 14.

The person behind the profile was the same decoy, but this time said she lived in Preston.

Budd told her he lived close by and said they could meet at his flat.

He said he needed time to tidy up and sent the girl a map to the meeting place, for the following day.

On June 6, Budd was caught and arrested.

Judge Parry said: “I have no doubt you intended to go through with this meeting and sex with this girl.”

When officers from Lancashire Police examined Budd’s phone, they discovered messages dating back to April 2020 when he was asking a man to provide a girl for sex.

The man said he had 87 girls in Manchester aged between 14 and 18, if Budd was willing to pay.

Budd said he liked petite brunettes, specifying dress size, height and asking for a 14 to 15-year-old.

He told the man his budget was £400 and began haggling over the price, however he eventually agreed on £550 to include outfits for the girl to wear.

During the conversation, Budd was sent photographs of girls to choose from – however he later told police he thought the man was a scammer.

In interview, Budd said he had made a stupid mistake and said he had been feeling lonely during lockdown as his wife, a Thai woman, lives in Thailand.

Tom Lord, defending, said his client had not shied away from what he had done and had given up his job and the lease on his flat before coming to court to be sentenced.

He said Budd could have run away to Thailand but stayed in the UK to face justice.

Budd pleaded guilty to attempted sexual communication with a child, and three counts of arranging or facilitating child sexual offences.

Judge Parry said: “You say you tried this out of loneliness, that this was internet offending and there was an element of a virtual world about it.

“There were arrangements to meet in real life and have sexual intercourse with 14-year-old girls.”

He sentenced Budd to six years in prison and made a 10-year sexual harm prevention order. He also put Budd on the Sex Offenders Register for life.

Boy, 12, given detentions after complaining about being ‘too cold’