An explosion and fire at the house of the Celtic football club’s chief executive is being investigated by police.

Emergency services were called in the early hours of Wednesday following reports of a blast at Peter Lawwell’s home.

Celtic FC said they understand police are investigating potential criminality in conjunction with the fire service. All members of the family are safe but were “extremely shocked” by the explosion in Thorntonhall, South Lanarkshire – about six miles (10km) south of Celtic Park.

The 2020-21 season was the first time Celtic had not won the Scottish top division since 2010-11, and they lost out both times to local rivals Rangers. Firefighters were called to the blaze, which affected cars as well as the house, with eight fire engines alerted just after 1am.

The Scottish Fire and Rescue Service said there were no reports of any casualties.

Firefighters extinguished the flames but a number were still at the scene as of 7am, with police road closures still in place.

A Celtic spokesman said: “We can confirm that significant damage has been caused to Peter Lawwell’s house and vehicles there, following an explosion and fire early this morning, forcing the family to leave the property.

“Clearly, Peter’s family are extremely shaken and shocked by these terrible events, but thankfully all are safe

“We understand that Police Scotland are currently undertaking a criminal investigation.

“Peter and his family will of course receive the full support and care of everyone at the club.” 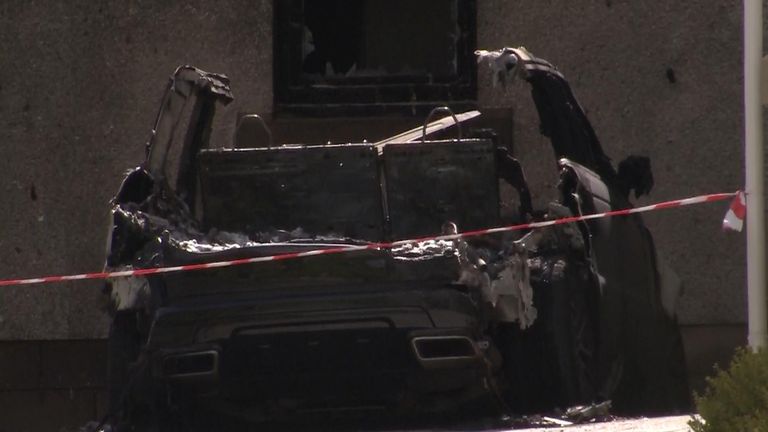 A Police Scotland spokesman said: “Around 1am on Wednesday, officers were called to a report of vehicles on fire outside a house on Peel Road, Thorntonhall.

“No one was injured and officers are currently working with the Scottish Fire and Rescue Service to establish the cause of the fire.”