Home » Europe » Petition for Tony Blair to be stripped of knighthood hits 400,000 signatures 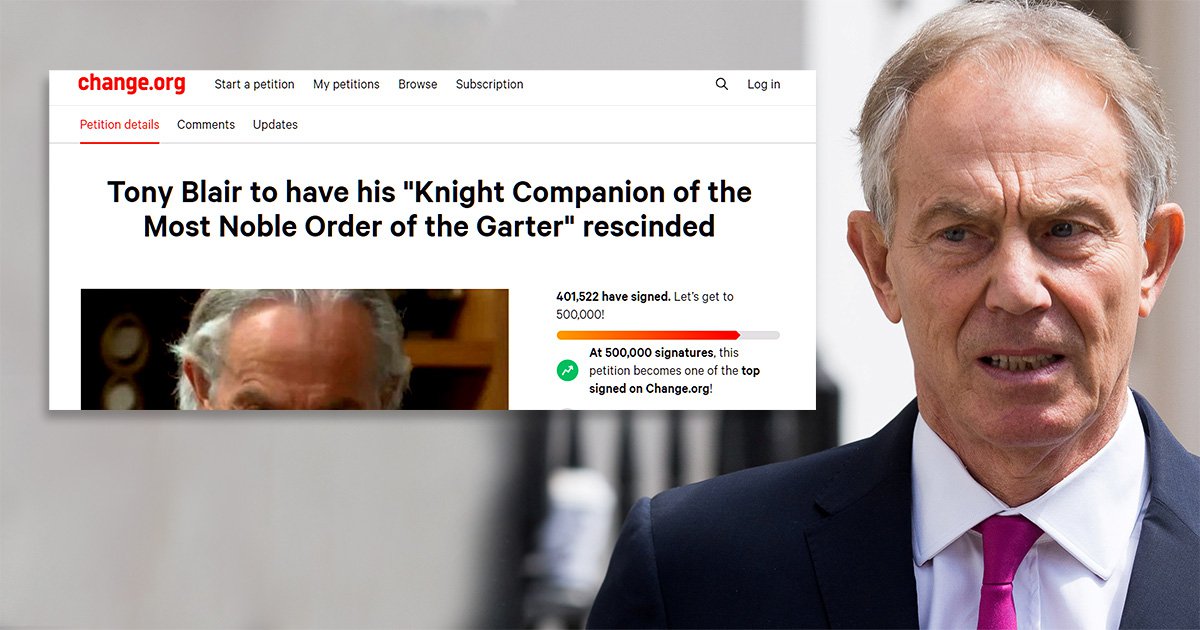 A petition calling for Tony Blair to have his knighthood rescinded has now been signed by more than 400,000 people.

The former prime minister was appointed Knight Companion of the Most Noble Order of the Garter in the New Year’s Honours list.

Bestowed by the Queen, it is the oldest and most senior honour in the British system, with just 21 people currently holding it.

However many are angry with the decision, over his decision to send UK Armed Forces into Iraq and Afghanistan.

The Change.org petition says: ‘Tony Blair caused irreparable damage to both the constitution of the United Kingdom and to the very fabric of the nation’s society.

‘He was personally responsible for causing the death of countless innocent, civilian lives and servicement in various conflicts. For this alone he should be held accountable for war crimes.

‘Tony Blair is the least deserving person of any public honour, particularly anything awarded by Her Majesty the Queen.’

The 2016 Chilcot Inquiry found the 2003 invasion of Iraq began on the basis of intelligence which was ‘presented with a certainty that was not justified’ and before diplomatic options had been exhausted.