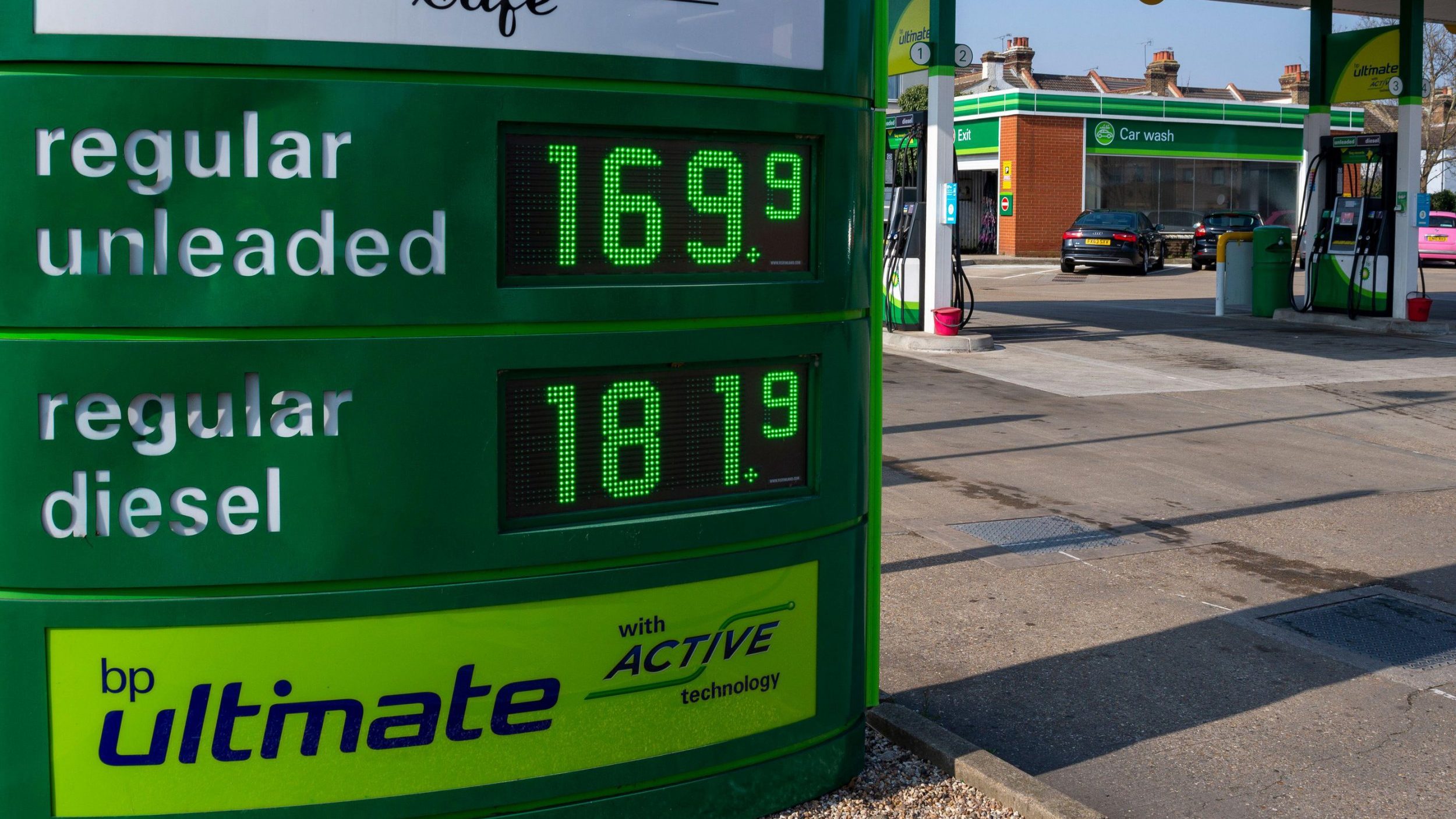 Fuel prices rose to record highs for the second time this week as Rishi Sunak prepared to unveil his Spring Statement later on Wednesday.

Average pump prices hit 167.3p per litre for petrol and 179.9p for diesel, according to data firm Experian Catalyst.

It means petrol prices have risen nearly 11% over the past month, while diesel rose nearly 15%.

Pressure is rising on the chancellor to step in, with various sources claiming he has agreed to a 5p cut in fuel duty as part of his ‘mini-Budget’.

Families have been hit by a cost-of-living crisis on all fronts, with general prices rising 6.2% in the 12 months to February – the fastest rise in 30 years.

Rising heating bills are expected to accelerate further April when the government’s cap on energy prices is lifted, leading to an estimated rise in average household fuel bills of almost £693 a year.

Inflation could hit double digits later this year, according to Bank of England forecasts.

Speaking on Sunday, Mr Sunak avoided disclosing details of any new measures but insisted that filling up a car should not be allowed to become ‘prohibitively expensive’.

He may also announce a rise in the national insurance payments threshold to income over £10,285, according to reports, but warned he ‘can’t solve every problem’ and admitted Brits face a ‘difficult time’.

Labour is calling for the chancellor to go further and scrap the 1.25p increase in the general National Insurance rate, set to come into force next month, but Mr Sunak insists it is needed to clear the NHS backlog caused by the pandemic.

Meanwhile, fuel retailers have been accused of failing to pass on a recent dip in wholesale costs, prompting calls for the Chancellor to cut VAT instead of fuel duty to stop them using the rate decrease to boost profits.

RAC fuel spokesman Simon Williams said: ‘The biggest retailers are once again letting drivers down by not charging lower prices while they can.

‘Instead, they appear to be hedging their bets to protect themselves from future increased wholesale costs.

‘This is why we fear a fuel duty cut by the Chancellor in the spring statement could be swallowed up by retailers to the detriment of hard-pressed drivers.

‘A VAT cut would be a far more flexible and powerful way of easing the pain for drivers.’

Dr Doug Parr, policy director at Greenpeace UK, said: ‘The Chancellor should only cut fuel duty if he can make an equivalent cut to the costs of public transport, which offers more environmentally friendly support for those facing this cost-of-living crisis.’

Matt Hancock refuses to say if Christmas relaxations could be scrapped