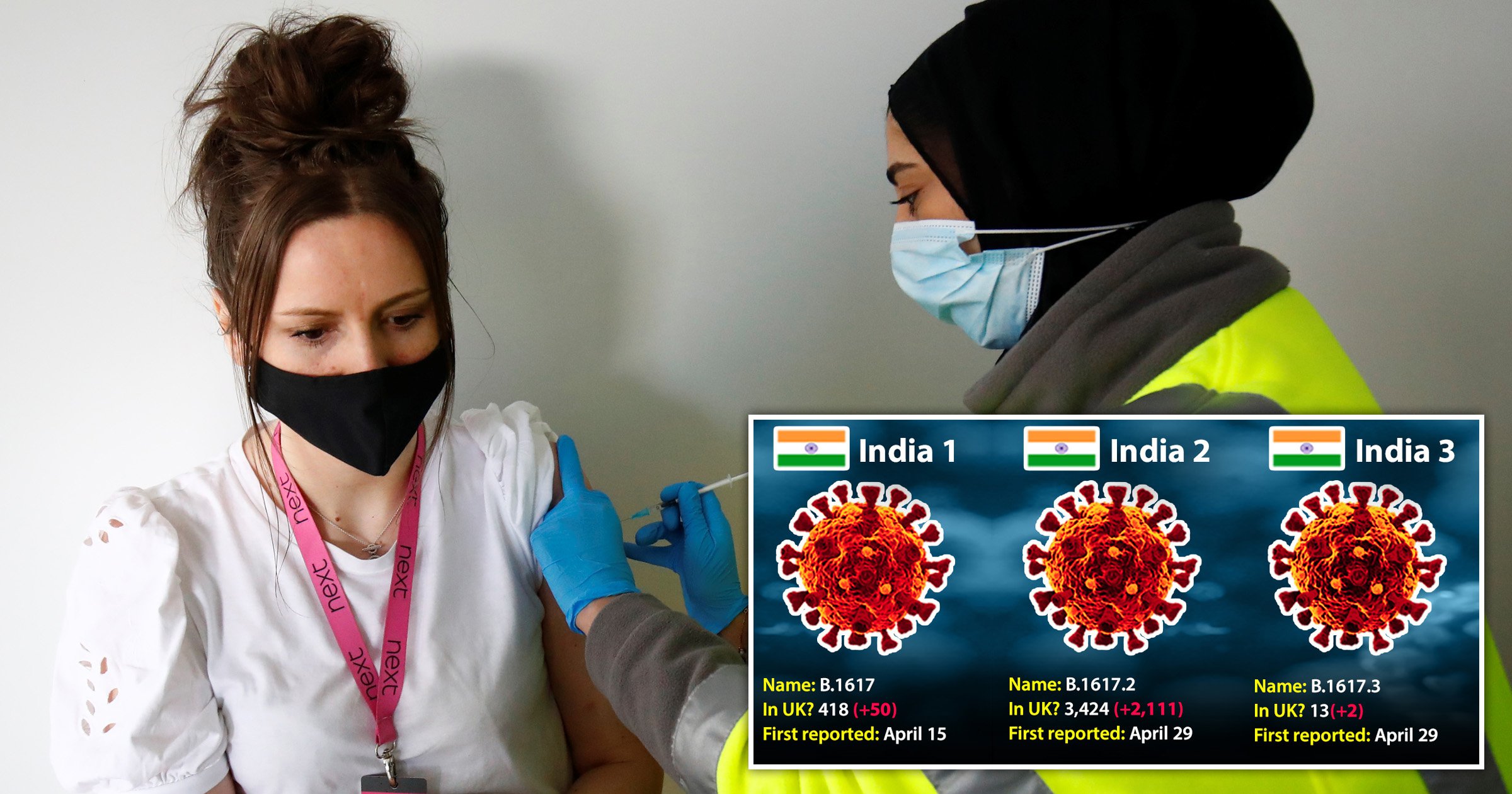 Both UK-approved Covid vaccines are effective against the highly-transmissible variant that was first detected in India, fresh data shows.

The Pfizer jab was found to be 88% effective against the B1617.2 strain after two doses, while AstraZeneca’s was 60%.

However, they were only 33% effective three weeks after the first dose.

Public Health England’s study also found that both vaccines were almost as effective against symptomatic disease from the Indian variant as they were against the Kent variant – the UK’s dominant strain – after the second dose.

Pfizer’s jab had 93% effectiveness against the Kent strain, while AstraZeneca’s was found to be 66% over the same period, concluded the study which took place between April 5 and May 16.

The study analysed 12,675 genome-sequenced cases, with 1,054 of them being the Indian variant.

Matt Hancock described the results as ‘groundbreaking’, while experts said they were ‘encouraging’ and provide reassurance that the vaccines will be effective against the new variant of concern.

The latest weekly data showed there were 3,424 confirmed cases of the double mutant B.1617.2 strain – an increase of 2,111 on the previous week.

Most cases are concentrated in London and the north west of England, with Bolton becoming the hotspot.

Meanwhile, PHE data shows there were at least 2,889 recorded cases in England alone from February 1 this year to May 18.

A total of 104 cases resulted in a visit to a hospital emergency department, while 31 required an overnight hospital admission and six resulted in a death.

PHE said it expects both the Covid jabs to offer higher levels of effectiveness against hospital admission and death but there are not yet enough cases and follow-up periods to provide an estimate.

Dr Mary Ramsay, head of immunisation at PHE, said the data provides ‘reassurance’, adding: ‘We expect the vaccines to be even more effective at preventing hospitalisation and death, so it is vital to get both doses to gain maximum protection against all existing and emerging variants.’

Professor Susan Hopkins, PHE’s Covid-19 strategic response director, said the data trend around the vaccines was ‘quite clear’ and was heading in the ‘right direction’.

However, she said it was ‘too early to say’ whether the results of the study could impact the government’s road map to lift all Covid-19 restrictions from June 21.

She said: ‘One week post the last restriction lifting, we will be monitoring it very carefully.’

As of yesterday, more than 50 million vaccine doses have been administered in England, while people aged 32 and 33 were invited to book in for their jab.

Mr Hancock said: ‘We can now be confident that over 20 million people – more than one in three – have significant protection against this new variant, and that number is growing by the hundreds of thousands every single day as more and more people get that vital second dose.’

The data comes as surge testing was introduced in more areas of west London, after figures revealed that cases of the Indian variant had nearly doubled in the capital, from 400 to 720 in a week.