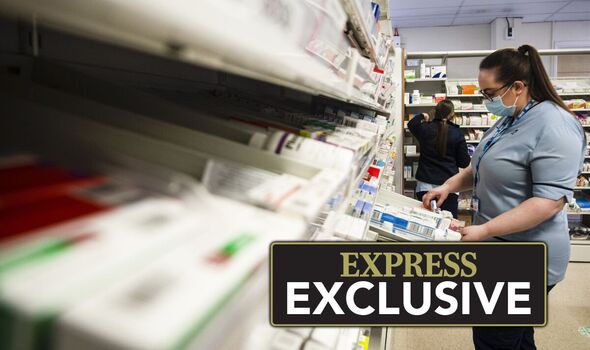 Chief executive of the Association of Independent Multiple Pharmacies Leyla Hannbeck said chemists were being “completely neglected” and “asked to do more for less”. She predicted that without urgent investment many more will be forced to close in the coming months.

The stark warning came after LloydsPharmacy announced that 237 branches in Sainsbury’s stores will be axed this year.

At least 670 community pharmacies have shut down in England since 2015 and the latest raft of closures will push the total past 1,000.

“We are all very worried that if they are struggling and having to shut pharmacies, what’s going to happen down the line with our independent sector?

“No one should take this for granted and think that pharmacists will always have their doors open.

“It’s shameful that a sector that does so much for their patients – and is being asked to do more – is treated like this.”

Sector leaders are calling for more Government investment to help them cope with the rising cost of medicines and energy.

England’s 11,000 community pharmacies rely on the NHS for around 90 percent of their income.

A five-year contract was agreed with NHS England and the Department of Health and Social care in 2019.

But Ms Hannbeck said that did not take into account inflation hitting record levels and the rising cost of living.

“We are one of the biggest parts of primary care. We help massive numbers of flu and Covid vaccinations,” Ms Hannbeck said.

“The crucial role that our sector plays and the fact that it is completely neglected is incredibly demoralising.

“I think over the coming months there are going to be more and more pharmacies shutting their doors for good because they simply cannot pay their bills.”

Some pharmacists are also having to spend hours on the phone trying to source medicines due to unprecedented shortages, Ms Hannbeck claimed.

She said even common medicines such as antibiotics and eye drops were regularly out of stock, adding: “It’s just a constant battle.

“We’ve seen the abuse and violence against pharmacists going up because people are frustrated with the fact that their prescriptions are arriving late or the medicine is not there when they come to pick it up because it’s on the shortages list.”

Ms Hannbeck added: “We’re not going on strike because we care too much about our patients but we cannot tolerate this situation.”

The Pharmaceutical Services Negotiating Committee (PSNC) said NHS funding for community pharmacies had fallen in real terms by at least 30 percent since 2015.

Meanwhile, staff shortages have led to costs for locum pharmacists rising by 80 percent in the past year.

A recent survey of 200 pharmacy owners by the PSNC found 42 percent feared they would not be able to keep their business going beyond a year.

Some 88 percent were losing money, 60 percent felt patients were being affected by the pressures, and 80 percent were considering or had cut back on free services.

PSNC chief executive Janet Morrison said: “Community pharmacies have had their funding cut by some 30 percent over the past seven years and are facing more extreme pressures than ever before.

“The community pharmacy network is the answer to so many of the health service’s problems, but right now many are struggling to keep going.

“The sharp decline in their funding combined with workforce and other pressures is making it increasingly difficult to sustain services and impossible to do more.”

Ms Morrison called for urgent investment from the Government to ensure pharmacies can maintain services that patients rely on.

She added: “Without further investment, we believe more permanent closures are likely and this will only increase the risk of serious difficulty for patients’ in accessing services and medicines.

“Government must not allow this to happen. I am calling on ministers to meet me for meaningful talks to avoid such a catastrophe.”

A Department of Health and Social Care spokesperson said: “Community pharmacies play a vital role in our healthcare system and we back them with £2.6 billion a year. On top of this, we have announced a further £100 million investment in the sector to help support services.

“We are carefully monitoring access to pharmaceutical services. About 80 percent of people live within 20 minutes of a community pharmacy and there remain twice as many pharmacies in deprived areas compared to less deprived areas.”