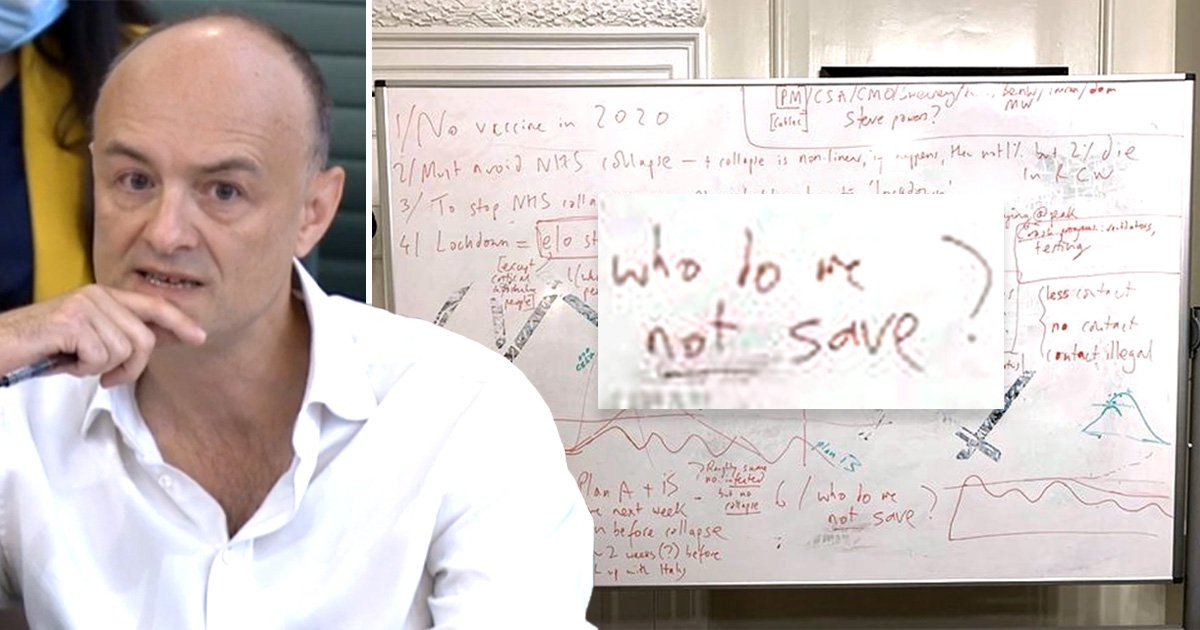 Dominic Cummings has shared a picture of the Government’s Covid lockdown plan which included a section on ‘who do we not save?’

The PM’s former chief adviser has posted an image of a white board taken in Number 10, Downing Street, from March last year to show the Government’s thinking as the pandemic took hold.

Mr Cummings shared the picture just before he appeared in front of MPs to give evidence to the Commons health and science committees.

Ahead of the grilling, he’s been detailing a series of damaging allegations as part of a mammoth Twitter thread, criticising ministers for their response to the crisis.

The image shows the ‘first sketch’ of a plan B after it became clear the original plan of aiming for herd immunity would lead to too many deaths, Mr Cummings alleges.

It was written up by senior advisers and shown to the PM the following day.

Several concerns are highlighted including the need to prevent the NHS from collapsing and the prospect of there not being a vaccine in 2020.

The author of the plan has scribbled various charts showing potential waves of cases.

The sixth section of the plan says ‘who do we not save’ with the ‘not’ underlined.

Mr Cummings said plan B involved ‘lockdown, suppress, crash programs (tests/treatments/vaccines etc)’ while plan A would have ‘broken the NHS’.

Speaking to MPs the Brexiteer has admitted the Government fell ‘disastrously short’ in its initial response to the pandemic. 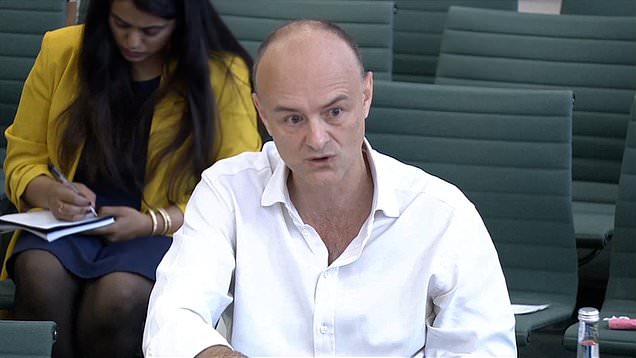 He said Mr Johnson was prepared to be injected with Covid live on TV to reassure people there was nothing to worry about.

He’s also alleged the Health Secretary Matt Hancock ‘should have been fired’ over 10-15 different incidents.