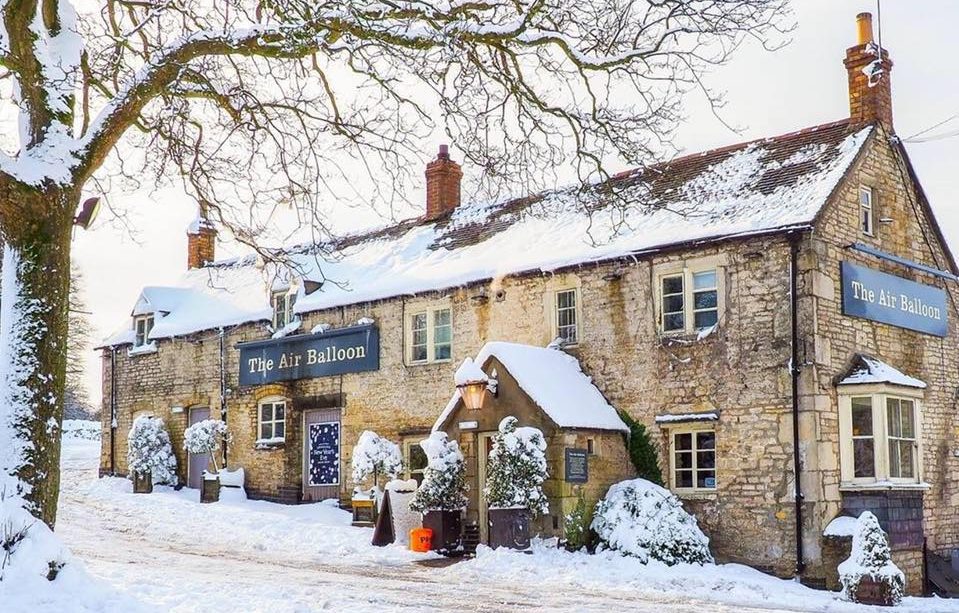 A historic pub at a notorious accident blackspot is being demolished after more than 220 years.

The Air Balloon is making way for a ‘safer’ dual carriageway along the A417 in Gloucestershire.

Plans to change the roundabout where the pub is located were finally green-lit in November after decades of talks.

But the £460m upgrade scheme means it’s curtains for the beloved boozer in Birdlip, which is thought to have opened in 1784.

The last pint will be pulled at 5pm on New Year’s Eve, staff said in an emotional post on Facebook.

It prompted a flood of tributes from punters, including the wife of late actor John Challis.

Carol Challis tweeted: ‘Goodbye to the Air Balloon or the Air ‘alloon as John used to call it after the B fell off one year.

‘Finally there is to be a new road but the pub has to be demolished to make way. On our way to London we passed it hundreds of times. Progress? Sad news.’

The pub was named the Air Balloon as the area was a popular launch site for ballooning in the 1780s.

It sits on a roundabout linking Gloucester with Cirencester, Swindon and Oxford.

The junction gained a reputation for crashes over the years, sparking calls for an upgrade.

Two extra lanes will be added and the gradient down nearby Crickley Hill will be reduced from 10% to 8%.

Cotswold MP Geoffrey Clifton-Brown told the BBC the decision was ‘fantastic news’ when it was announced.

He said: ‘It will bring growth and investment to Gloucestershire, more jobs, less environmental damage from stationary cars, and it will improve safety.’

The Air Balloon said online: ‘We have loved serving you all over the years but sadly the time has come where the pub will be closing in order to make way for the new road.

‘As you will understand, this is a difficult time, but we’re looking forward to giving everyone a last great Christmas with us to remember.’

"Alexa, give me a list of suspects." Germany planning to access voice assistant data to tackle crime

Vaccines could be offered to children amid Freedom Day opening – ‘Expect it very soon!’