Meghan and Harry need to ‘pipe down’ says Piers Morgan

The outspoken television star was responding to actress Jennifer Saunders’ claim that iconic sitcom Ab Fab wouldn’t be made in today’s PC-mad society. But his response to her comments were instantly shot down by loudmouth lefty Ash Sarkar.

She tweeted: “Like, has anyone tried to cancel Ab Fab?

“No – in fact everyone agrees it’s a little bit iconic, and it has this kind of legendary status.

“Sure, the culture and norms around comedy have changed a lot since it was made. That’s just called the passage of time hun.”

Mr Morgan, who walked out of Good Morning Britain after refusing to apologise about comments he made following Meghan and Harry’s Oprah Winfrey chat, immediately hit back. 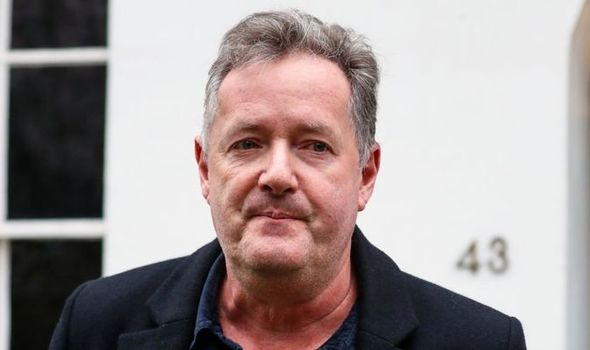 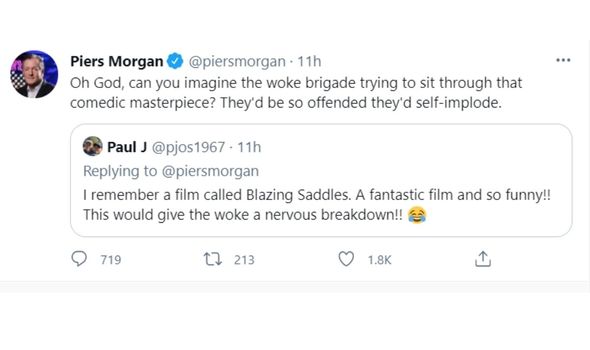 His supporters quickly backed him up and wondered how today’s ultra-sensitive millennials would respond to films like Blazing Saddles.

The 1974 satirical Western comedy stars Cleavon Little as a black sheriff who is tasked with saving a 19th century town from destruction.

His appointment is met with derision by the townsfolk – but he proves his worth to save them thereby highlighting how wrong their prejudices were. 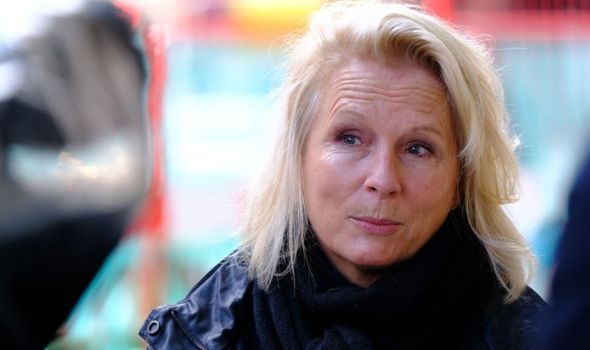 The film is filled with jokes and stereotypes which were acceptable at the time.

But examined under the microscope of today’s “enlightened” Twitter mob – the Academy Award-nominated film would most likely be sanitised beyond all recognition.

One of Mr Morgan’s supporters questioned how the “woke brigade” would cope watching the film.

Mr Morgan tweeted: “Oh God, can you imagine the woke brigade trying to sit through that comedic masterpiece? 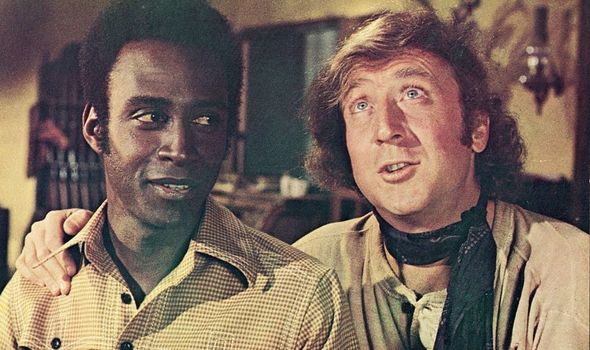 “They’d be so offended they’d self-implode.”

Others pointed out that the film’s message was anti-aracist.

One said: “It was literally a film made by a Jewish Director/Actor (the brilliant Mel Brooks) about anti-racism and white people’s bigotry.”

Another joked: “Great, looking forward to having that film wiped off my Amazon account soon now you’ve all brought it to light! 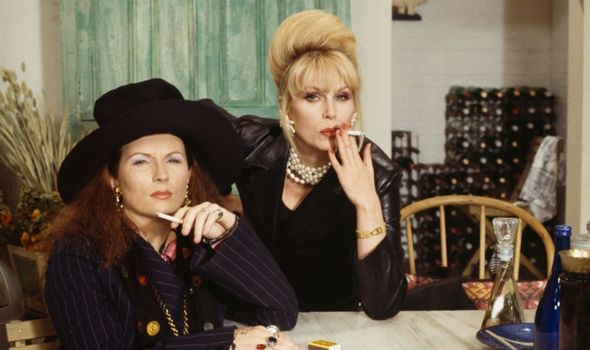 “One of the funniest films ever made. Would kill a wokey in the first five minutes.”

The row was sparked after Ms Saunders, who appeared in Ab Fab alongside Joanna Lumley, told The Sun that modern culture has “changed comedy like what we used to make”.

“I think we would probably talk ourselves out of most of it now,” she added.

“It would be like, ‘We won’t have a good answer so let’s not do that’.

“I think people do talk themselves out of stuff now because everything is sensitive.”