The outspoken Good Morning Britain host took to Twitter to say “we’re going nuts” after shocking video footage emerged showing a crowd of men punching and kicking two policemen in of broad daylight in London. He said: “Everyone needs to calm the f**k down. We’re going nuts.”

Piers also shared footage of the attack and simply described it as “disgraceful”.

The Chair of the Metropolitan Police Federation sent out a warning that the danger to police officers is quickly escalating, in the capital adding: “We’re not punchbags”.

The horrifying footage of the attack on the policeman showed the officer first tackle a man to the ground in Hackney, London.

But Piers’ followers were quick to accuse the presenter of “hypocrisy” and claimed he has spent weeks “whipping up anger” after he sent out his tweet.

One said: “Says the man who has deliberately spent the past 10 weeks whipping up anger…#Hypocrite.” 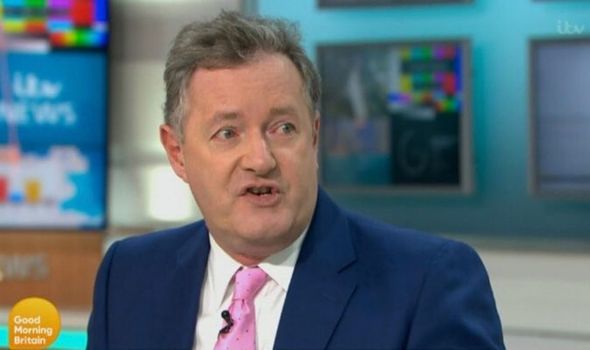 Another said: “Piers, you spent weeks whipping everyone up into an angry frenzy, then when you finally notice that things are boiling over, you express surprise and suggest everyone needs to calm down ….”

A Twitter user posted: “You contributed to this, you played your part, you now need to accept responsibility.”

Another tweeted: “You’ve literally been pouring petrol on these flames.”

Home Secretary Priti Patel has condemned the incident in Hackney, which saw two Scotland Yard officers set upon after they stopped to help an apparent assault victim. 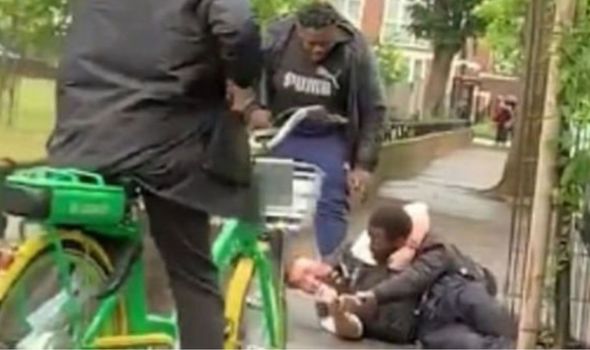 Footage posted online shows a male officer pinned down on the ground and being kicked, while his female colleague is pushed when she tries to intervene.

Several men, including one with a baseball bat, surround them swearing, shouting and filming on their phones, with one even dancing a jig and taking a selfie during the assault.

A senior police leader has said it has become “almost like a hobby” to video attacks on officers after two men were arrested over an assault in east London.

John Apter, the national chairman of the Police Federation, described the attack as “truly stomach churning”.

He told the BBC: “It was horrific to watch because you didn’t know what was going to come next. 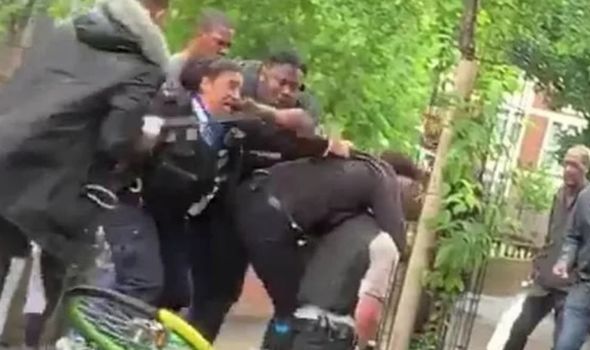 “That’s 85 police officers a day, every single day, being assaulted.

“And many of them are videoed.

“It’s almost like a hobby for some now to video an attack on a police officer and put it on social media.

“Not to assist an investigation, but to mock my colleagues and to, almost, encourage violence against them.”

Both officers suffered minor injuries in the incident, in Frampton Park Road, at around 3.30pm on Wednesday, Scotland Yard said.

Two men, aged 20 and 38, remain in custody after they were arrested on suspicion of assaulting police.

The Metropolitan Police tweeted: “Yesterday, two officers from MPSHackney were attacked whilst assisting someone in need of help.

“Officers should be able to go about their work, protecting the public, without fear of abuse or attack.

“Two men have now been arrested. Being assaulted is not ‘part of the job’.”

“These brave officers were doing their duty and assisting the public.

“We owe them a debt of gratitude and I wish them a full and speedy recovery.

“Attacks on our police will not be tolerated.

“I urge anyone with information to come forward to ensure the perpetrators of this disgusting attack feel the full force of the law.”

Man who masturbated in front of schoolchildren avoids jail