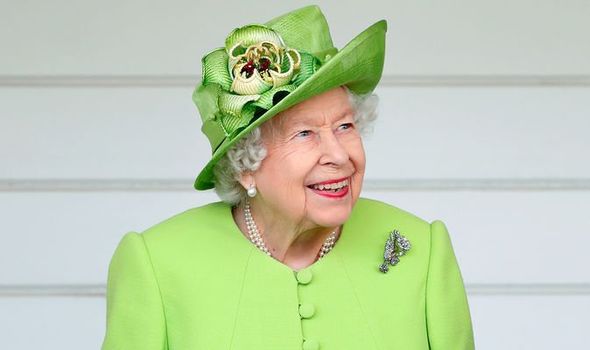 On June 5 ‑ the final day of the Platinum Jubilee weekend ‑ communities will come together for National Thank You Day. It will be a chance for a grateful nation to pay reverence to a monarch who has led by example.

But it will also be a way of showing gratitude to our emergency services, everyone we have relied on, the people we could not have managed without, and those who have battled tirelessly throughout two years like no other.

Ross, 57, said: “Let’s celebrate by making it the biggest Thank You Party this country has ever seen.

“It’s our chance to say a great big thank you to The Queen for 70 years of service, but also to each other – the people in our own lives ‑ families, streets and communities, who we rely on every day.

“On Thank You Day we hope millions of us will get together to celebrate. Make sure everyone is invited – rope in the neighbours, ask people from the next street over, get the local band to play.

“Let’s make this a truly great day, with the biggest party ever, to say the biggest thank you ever.”

The day-long jamboree has backing from businesses, the NHS, the National Lottery, the Royal Voluntary Service, the Scouts and the Church of England.

The Thank You Day tradition started last year when Britain was battered by Covid as a way of families and neighbours celebrating what makes communities special.

And polling reveals the country feels more connected than it did before the crisis erupted with six in 10 saying, overall, the response to the crisis has shown more unity than division.

Catherine Johnstone, Chief Executive of Royal Voluntary Service, said: “There are so many people, including volunteers, who have gone the extra mile over the last two years and I look forward to getting together with others to celebrate and their contribution.”

Visit www.thankyouday.org.uk for more information and how you can take part.

After the last few weeks I’d understand if you never wanted to hear about parties again.

But away from politics a nationwide party is exactly what our country needs.

After two years of restrictions and separation from friends and family it feels like we are finally, and I hope carefully, coming out of an incredibly difficult period.

As we do, we need to create a moment to reconnect ‑ to reach out to friends and neighbours we’ve been cut off from and, frankly, just have a good time together.

Luckily for us, we have the best excuse this year.

One of the best in our history. This is the first

Platinum Jubilee we have experienced as a country and with the Together Coalition, the NHS, the Scouts, Rotary and dozens of other groups, I’m working to make sure June 5 is the biggest ever party.

The plan is to get together over a Big Jubilee Lunch and say a huge platinum-plated, heartfelt, once-in-a-lifetime, thank you to the Queen.

For everything that she’s done. For her leadership, her example and her strength.

But also to each other. To everyone that we’ve relied on to keep our communities going, especially over the last two years.

So please put it in your diary, write it on your to-do list and let’s organise the biggest party we have ever seen.

For one day, let’s all get together and celebrate all those things and the people that make our communities so great.

We’ve got a lot to be proud of and a lot to look forward to in 2022. It promises to be not just a golden year, but a platinum one.

In six months’ time, athletes from all over the world will be heading to the Commonwealth Games in Birmingham.

It is set to be the most popular in history with more than one million tickets sold. That’s not even mentioning the 1.5 billion people who will tune in from around the globe.

Every now and then, the UK gets to experience a summer when the whole country pulls together to celebrate the achievements of our brilliant athletes.

For me, 2012 was that kind of year. It was a summer of the London Olympic and Paralympic Games and the Diamond Jubilee.

Britons said it brought them closer to family and friends and that it had sparked more national pride in them than any other year in living memory.

We’re going one better this time round. The Queen will be marking her Platinum Jubilee.

On the first weekend of June, the country will come together to mark the special occasion, with four days of street parties and pageants.

We’ll also have a nationwide celebration of creativity throughout the year, with the Unboxed: Creativity in the UK ‑ a £120million festival that will inspire the next generation of artists and innovators.

At the end of July, the Commonwealth Games will open ‑ on time, and on budget, with more than 40,000 applicants to join our army of volunteers.

This isn’t just about sport. In the West Midlands, we’ll be witnessing levelling up in real time. Birmingham and the wider region are benefitting from a £778million investment to stage these Games and a proportion of that money is being used to build world-class sporting facilities for the community.

I visited the Sandwell Aquatics Centre last week and saw the work on the exercise facilities and football pitch that are being built alongside it. Those are the kind of everyday amenities that make a community a great place to live.

We’ve had an incredibly difficult couple of years. We now have one of the strongest and most open economies in Europe. We’ve got a lot to look forward to in 2022. It promises to be not just a golden year, but a platinum one.

When is Ramadan 2020 and what are the UK fasting and prayer times?