The Duke of Cambridge, who turns 38 today, is seen playing on a swing and rolling on the grass with George, six, Charlotte, five, and two-year-old Louis. The photographs were taken by the Duchess of Cambridge, a keen snapper, earlier this month. In the swing shot little Louis sits on his father’s lap, while Charlotte has her arm around William’s neck and grinning George stands behind.

Things then get more raucous as a laughing Will’s is pinned to the grass with George clinging to his neck, Charlotte sitting on his back and Louis helping to keep his legs down.

Kate, 38, has admitted that her youngsters maintained a regular routine while under the lockdown at the family’s Norfolk estate, as the couple went about their royal duties with video calls to charities and health workers.

Last week they returned to hands-on engagements, visiting businesses that have reopened around their Anmer Hall home, the Georgian country house gifted to them by the Queen in 2011.

Kate dropped into the Fakenham Garden Centre and revealed to owners Martin and Jennie Turner that she loves taking the children out and about to garden centres. 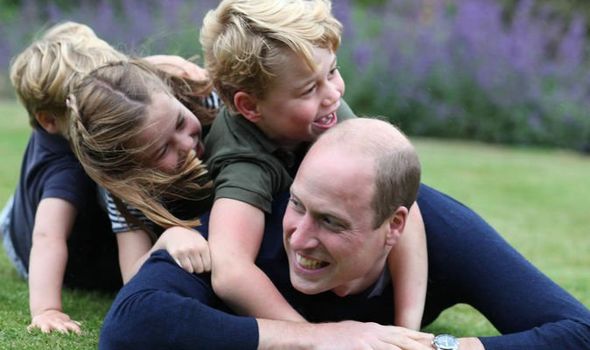 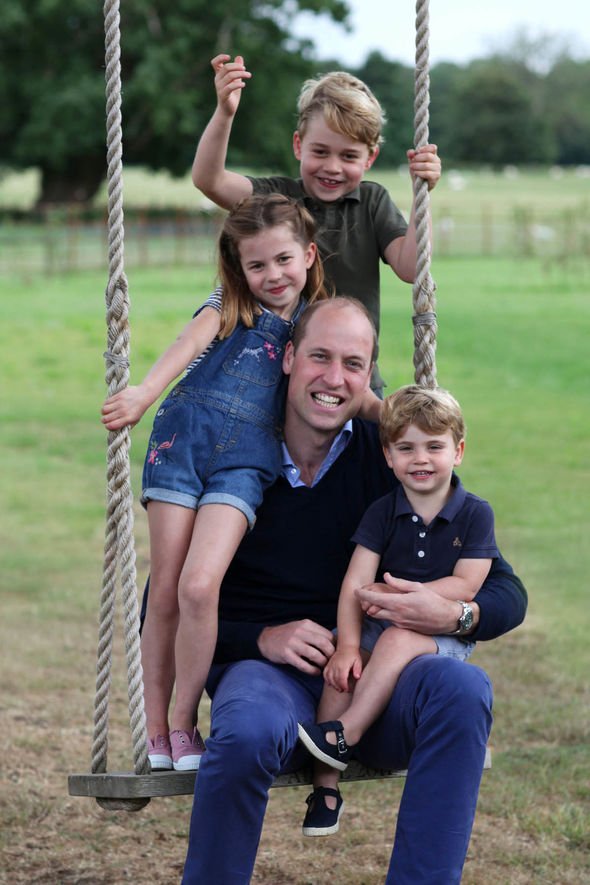 But it is not known when Prince George will return to school.

Thomas’s in Battersea, south London, has resumed classes for Charlotte’s Reception year group but George’s Year 2 class has remained closed in the phased reopening of the private primary.

William has also revealed more about life at Anmer during lockdown, saying the children have been making a mess while baking homemade cakes.

He said: “I’ve done a little bit of baking.The children have been attacking the kitchen and it’s just been an explosion of flour and chocolate everywhere. Catherine’s been doing quite a bit of baking, too.”