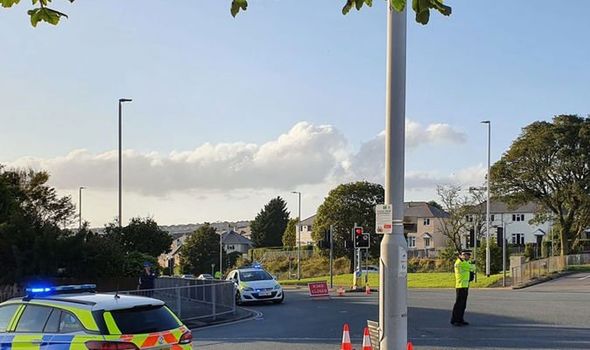 Major incident is currently unfolding in Plymouth with police and air ambulances attending.

Eyewitnesses have claimed that they heard “loud bangs” and gun shots”.

According to reports, four ambulances have landed in North Prospect area of Plymouth this evening.

An eyewitness said: “Looks to be some sort of serious incident north of St Levan’s Road.

“Both Devon and Cornwall Air Ambulances have landed and a lot of police/emergency unmarked heading that way.

South Western Ambulance Service wrote on Twitter: “We were called at 18:12 to an ongoing incident in Plymouth. We responded to the incident with a significant number of resources, including Hazardous Area Response Teams (HART), multiple ambulances, air ambulances, multiple doctors and senior paramedics.”

According to reports air ambulances from across the country, including Southampton and Dorset, are at the scene.

A nearby school sports centre has been told close down with people indoors being ordered to leave.

Cordons, which are constantly expanding, have been put in place around a block of flats to prevent pedestrians from walking along.

The road on which the incident took place has now completely closed.

“Please obey all instructions from the Police and do not post rumours or speculation on social media.”

This is a breaking news story… More to follow