Boris Johnson will be leading PMQs for the Conservatives once again on Wednesday, despite a leadership contest already underway. MPs on both sides of the House chose to use the opportunity to raise awareness for charity Remembering Srebrenica.

The Prime Minister was answering MPs’ questions with a new-look front bench.

During the session on Wednesday afternoon, MPs could be seen wearing white flowers.

The lapel is a representation of charity Remembering Srebrenica; an organisation that raises awareness of the Bosnian muslim genocide in Srebrenica. 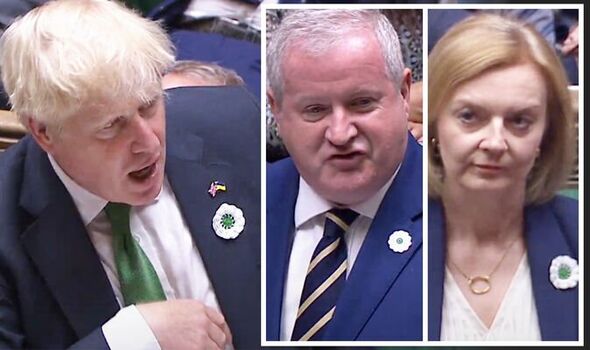 The charity is part-funded by the UK Government, and aims to tackle hatred around the world.

The 1995 Bosnian genocide include the killing of more than 8,000 Bosnian Muslim men and boys.

In 2005, it was agreed that Serbian policies amounted to genocide.

He said: “I’m honoured to be a patron of Remembering Srebrenica.

“I have had the opportunity over the last few years, on a number of occasions, to meet with the survivors of that terrible genocide and it’s completely harrowing listening to their experiences, as to what happened to their community.

“We must not forget the injustices, the inhumanity that was shown to the people of Srebrenica.” 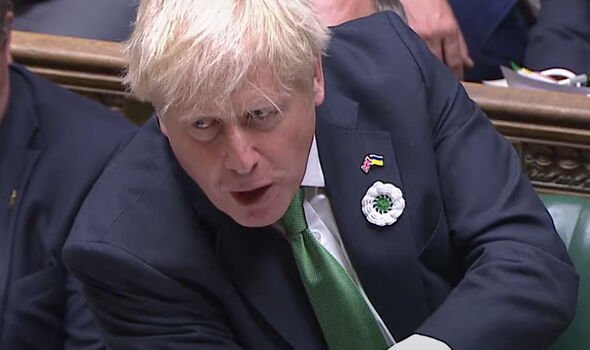 Mr Johnson has also previously backed the charity, claiming some people would rather simply forget the genocide.

He said: “Many perpetrators have still not been held to account and there are those who would prefer to forget or deny the enormity of what took place.

“We must not allow that to happen. We owe it to the victims and future generations to remember Srebrenica and to ensure it never happens again.”

He said: “Let’s use Srebrenica Memorial Day and the memory of Srebrenica to not only remember those we have lost but also to educate our future generations, bring communities together, and renew our efforts to tackle hatred and prejudice where they lie.”

Elsewhere, there are still eight Tory MPs in the race to become the new party leader.

The result of the first ballot is expected at about 5pm UK time, with candidates needing at least 30 votes to progress to the next round.

Timeline: How 'unbearable cruelty' was visited upon the Quoirin family