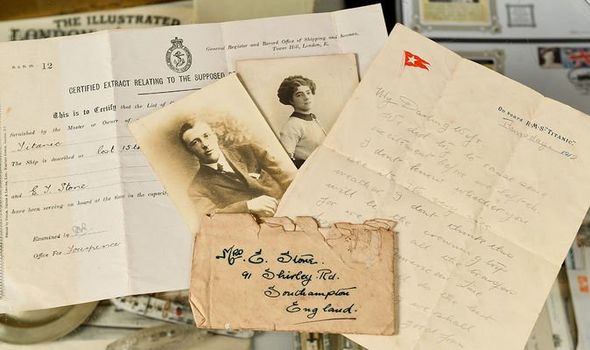 He also referred to a near-miss with another liner, SS New York, in Southampton earlier which almost curtailed its maiden voyage. Edward, 30, a second-class cabin steward, told Violet: “I don’t think this will be the crowning glory.” 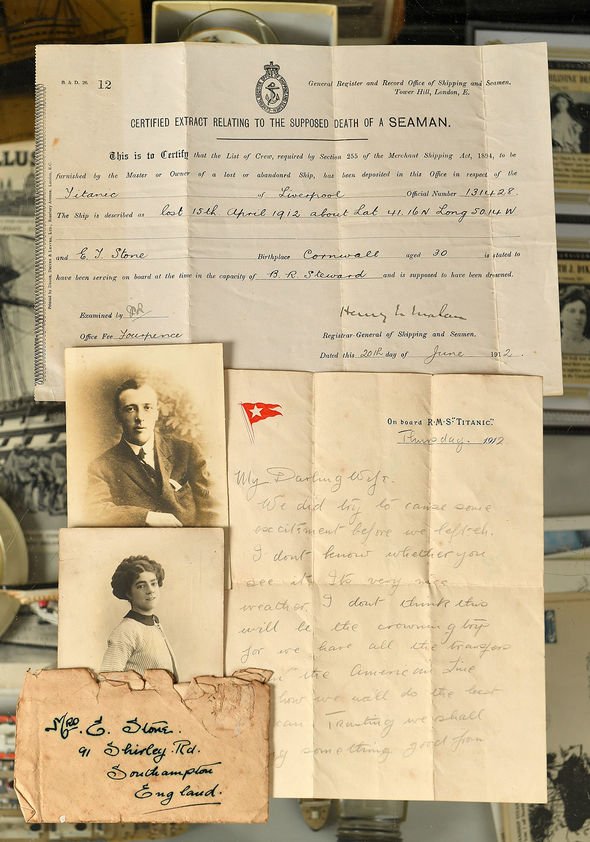 It is unclear what he meant, although he may have been referring to the fact the liner was only half full of passengers.

He also pledged to bring her back a gift from his trip, writing: “We’ll do the best we can trusting we shall bring something good from the other side.”

And he ends with: “Ta ta sweetheart. With all of my fondest love to my dear little wife. Yours ever, your loving husband Ted.”

The letter, still in its original envelope, was posted from Queenstown to Violet back home in Shirley, Southampton. 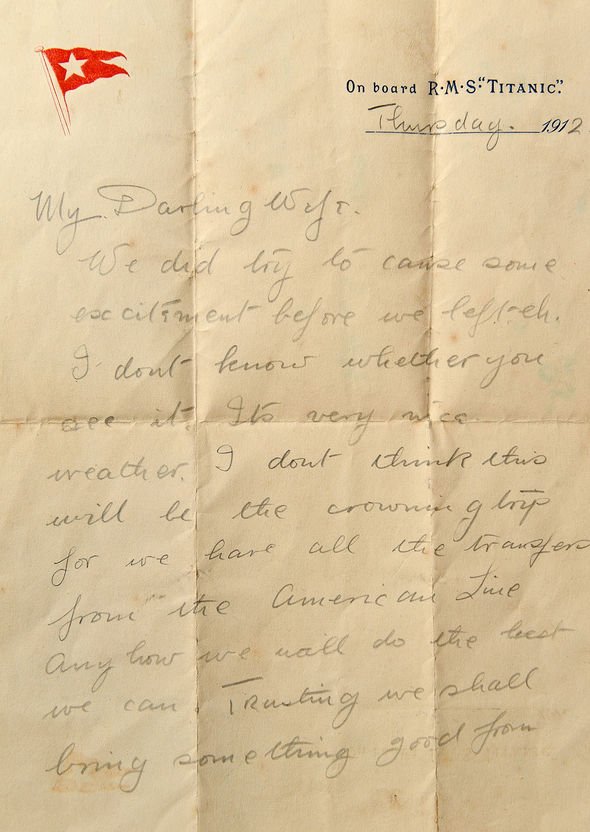 Three days later, Edward was among the 1,522 passengers and crew who perished when the 45,000-ton ocean liner, nicknamed the Queen of the Seas, struck an iceberg and sank on April 15.

His body was recovered from the Atlantic within days and he was buried in Halifax, Canada.

The note, being sold by a relative of Edward, goes under the hammer tomorrow at Henry Aldridge and Son Auctioneers in Devizes, Wiltshire. 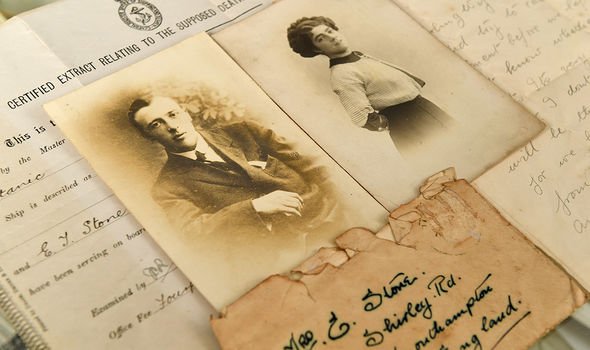 The lot also includes papers confirming Edward was one of those lost in the disaster, along with old photographs of him and Violet.

Auctioneer Andrew Aldridge said the note had never been seen before.

He added: “Letters written on board Titanic and on White Star Line headed notepaper always attract a lot of interest and they provide a tangible link to the ship.

“This is clearly very poignant as Edward did not survive the disaster and this was his last letter home.”

M25 traffic chaos as multiple lanes closed due to flooding