Police in Northern Ireland have arrested four people nearly two weeks after a bus was hijacked and set on fire in County Down.

The force has said it believes the arson was carried out by loyalists from a local faction of the of the Ulster Volunteer Force (UVF) paramilitary group.

Two masked and armed men boarded the bus in Newtownards and poured fuel over the vehicle before setting it alight at around 6:30am on Monday 1 November.

The driver managed to get off the bus unharmed but was left badly shaken by the incident, police said.

Northern Ireland politicians condemned the hijacking and torching of the bus and said it was linked to opposition to post-Brexit border arrangements. 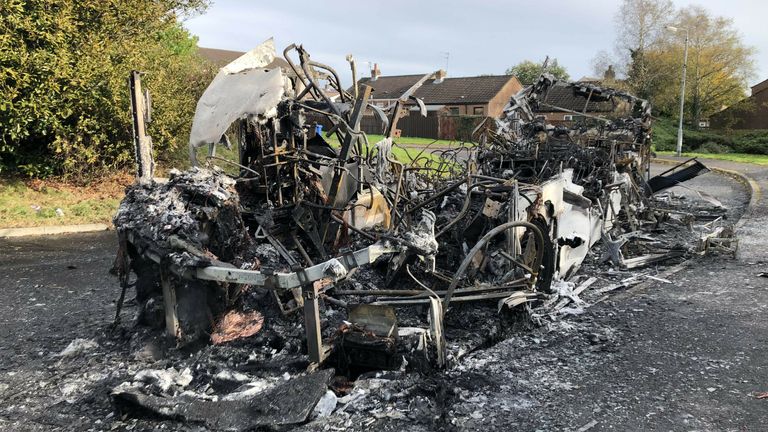 Officers have now made arrests after searching four properties in the Newtownards and Bangor areas of County Down.

Detective Chief Superintendent Ian Saunders said: “We assess that this incident was carried out by members of a local faction of the UVF.

“Both of these violent and destructive attacks have had an impact on those people who were directly involved in the incidents and also the wider community.” 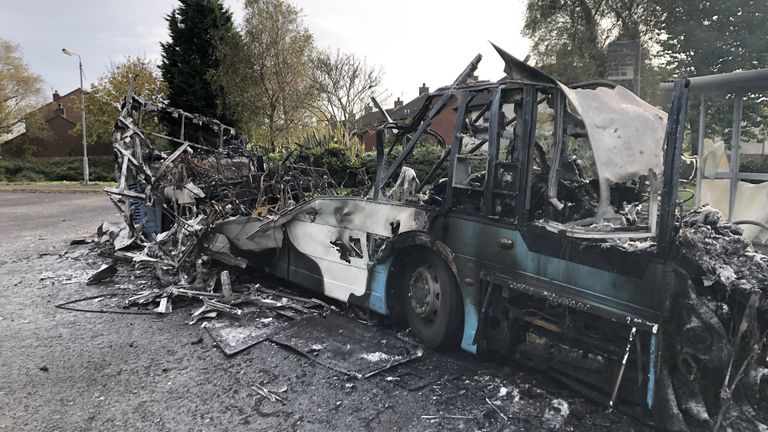 The 7 November incident saw four masked men board the double-decker in Church Road at an entrance to the Rathcoole estate in Newtownabbey, County, Antrim just before 8pm.

The driver and passengers were ordered off the bus, which was then set alight.

Police have asked anyone with information that can help them investigate these crimes to use the following online form: www.psni.police.uk/makeareport/. Or they can contact Crimestoppers anonymously on 0800 555 111 or www.crimestoppers-uk.org.