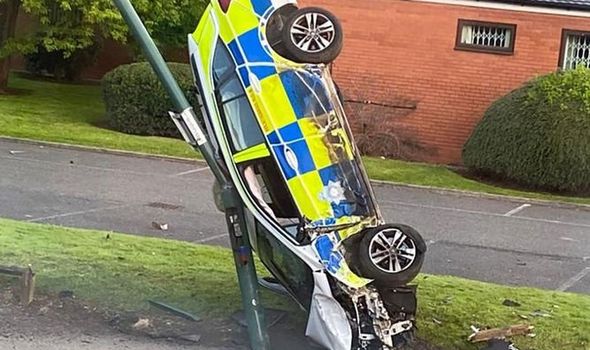 Incredibly, no one was seriously hurt after the police car “took evasive action” to avoid a vehicle that crossed its path at around 2am on Wednesday morning.

Remarkable photos show the police car resting up against a lamp post, with the front end of the vehicle severely damaged.

The patrol car collided with “street furniture” and came to a stop against the street light in the residential area of Broxtowe, Nottinghamshire.

Residents said other police cars attended, alongside the fire service and paramedics.

The area has since been fenced off and damage to a fence and pavement is still visible. 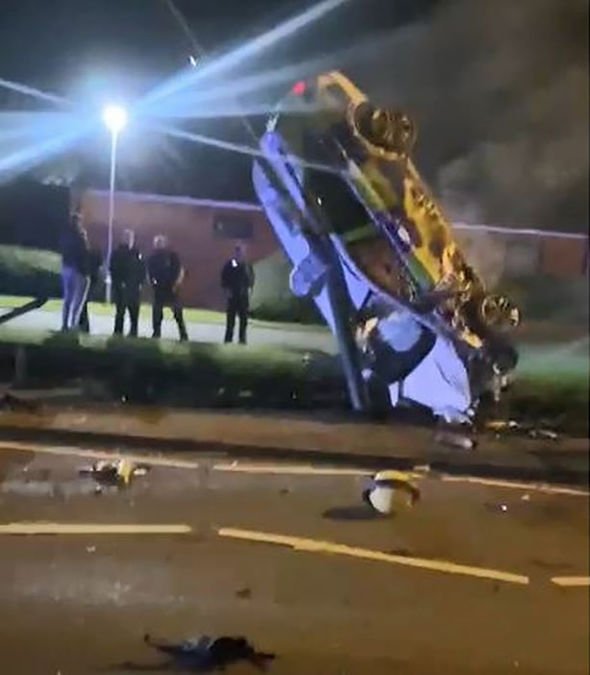 A spokesman for Nottinghamshire Police said: “There was a minor collision between a car being driven by a member of the public and a police car as it was on blue lights responding to an emergency call at 2am.

“Evasive action was taken by officers to avoid a significant collision with the other car as it crossed into its path which resulted in the response car hitting street furniture and causing significant damage to the vehicle.

“No one was seriously injured.”

Writing on Facebook, one resident said: “Glad they are okay.”

Another posted: “Some people don’t know how to deal with the blue lights, I don’t understand why you would cross into the path of an emergency vehicle travelling at high speed.”

And a third shared: “Lucky they are still alive, the car is totally wrecked.”