One of Britain’s most senior police officers has urged Extinction Rebellion (XR) protesters to “behave like adults” and stop “going floppy” when they get arrested.

Metropolitan Police deputy commissioner Sir Steve House described the climate protesters as a “flipping nuisance” and a “complete pain in the neck”.

He told the London Assembly’s police and crime committee that XR activists “waste police time” when they deliberately go limp after being arrested, meaning four of five officers are required to carry them away. 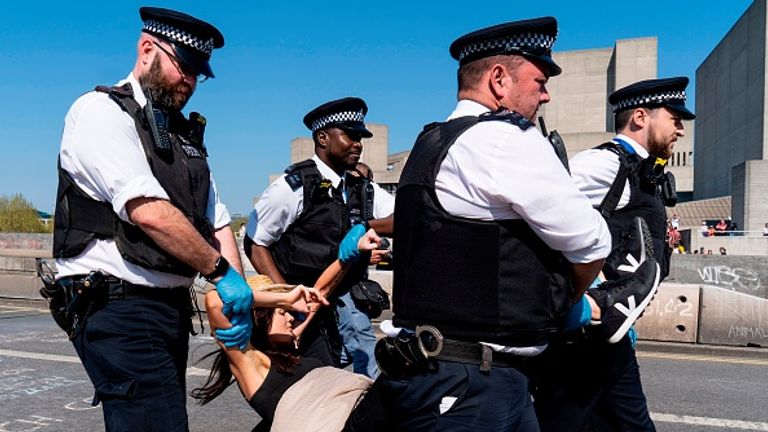 Sir Steve said: “We have asked them to stop being floppy.

“It might seem like a silly thing to say, but when we arrest them and pick them up they go all floppy, which is why you see four or five officers carrying them away.

“It’s a complete waste of officers’ time, and a complete pain in the neck.

“If they could just behave like sensible adults – you’ve made your point, you wanted to be arrested, you’ve been arrested, get up and walk away with one officer and stop wasting police time.

“This is a real issue, and they will not do it, and it is a flipping nuisance.”

XR protesters staged 10 days of protest across the capital at the start of September, with figures showing at least 680 of them were arrested.

While one group walked from Brighton to London, others blockaded printing presses in Hertfordshire and Merseyside, which prevented millions of newspapers being distributed.

Ministers are now said to be considering whether to reclassify XR as a “criminal organisation” over concerns about protesting the “tenets of democracy”.

Labour MP Diane Abbott branded the move “ridiculous” and likened them to the suffragettes.

Stranded Migrants Are Finally Brought to Shore After 19 Days