It is only a matter of time before a police officer is killed on British streets, according to a leading police chief. National Chair of the Police Federation, John Apter, made the worrying prediction on BBC News after violent clashes in Brixton left 22 officers injured. Several police vehicles were smashed during clashes at an illegal street party in south-west London, which also left two officers requiring hospital treatment.

Speaking out against the attacks on the police, Mr Apter said that officers up and down the country “go to work with a target on their backs”.

Dozens of officers were deployed to the streets following complaints about an “unlicensed music event” near Angell Town estate in Brixton on Wednesday night.

The National Chair of the Police Federation said that “the vilification” of the police has left officers vulnerable to attack.

He revealed that in London alone, about 250 police officers have been injured over recent weeks. 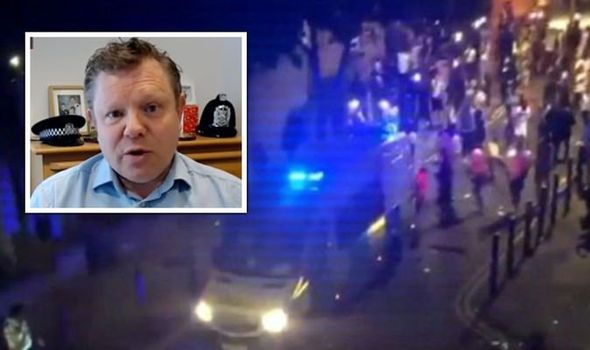 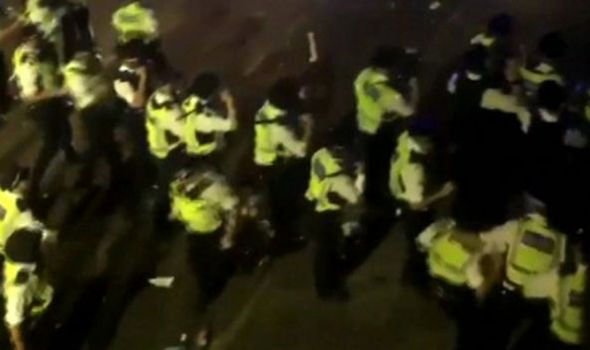 Mr Apter continued: “That is unimaginable. Last night, the scale of disorder and targeting of my colleagues was an absolute disgrace.

“It is only through fortune that my colleagues are not being more seriously injured or killed.

“That is how bad it is getting in some parts of this country. It is completely unacceptable.

“Some of the vilification of policing by mainstream media has been unfair and painted a target on our back. 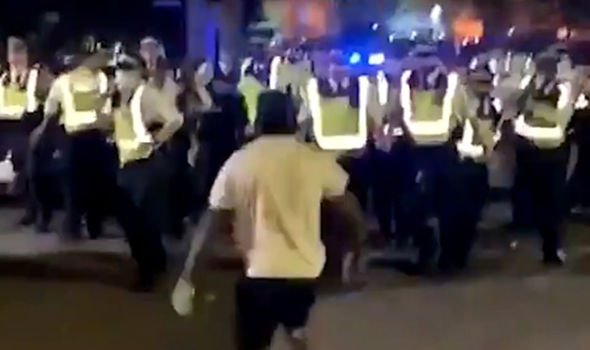 “It is getting more and more difficult to police these streets. Somebody is going to be killed.

“We have got to start communicating with our communities. There has to be a consequence of these actions, we need to put these people in jail.” 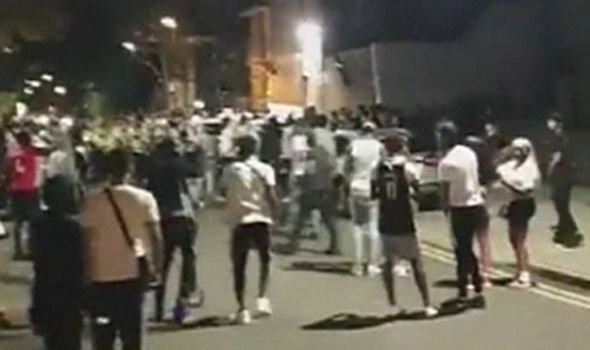 Priti Patel criticised the “utterly vile scenes” after footage from Brixton showed Metropolitan police officers forced to flee streets they had been deployed to protect.

One video also appears to show two men being attacked with a knife.

A dispersal order had been put in place earlier in the day and police officers tried to encourage the crowd to leave.

However, the event continued so more officers attended and the group then became hostile, according to the Met Police.

Four people were arrested for assault and public order offences and remain in custody.