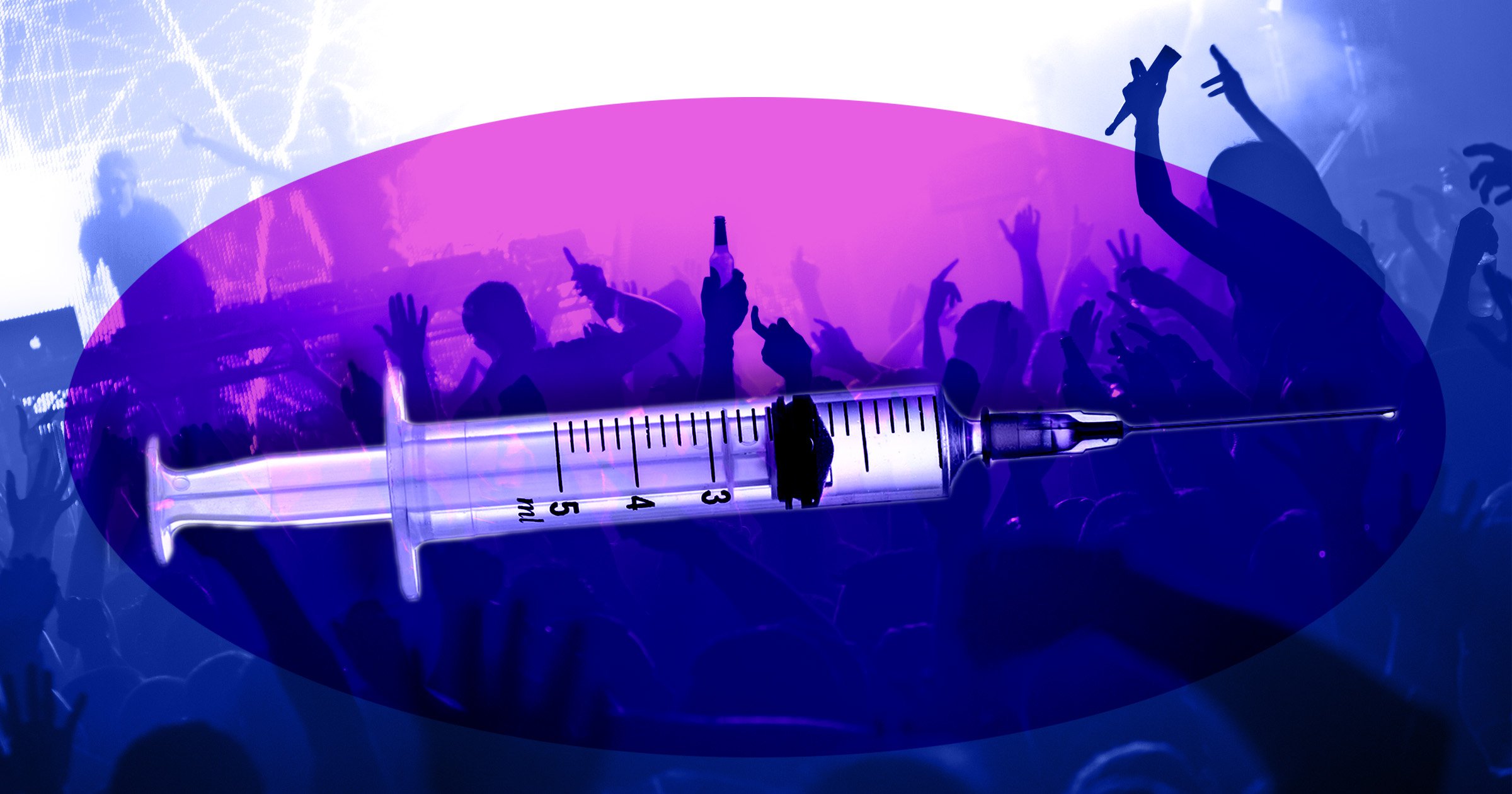 Dozens of reports of young women being spiked with needles in crowded clubs have sparked a wave of misinformation on social media.

The first accounts of ‘needle spiking’ in the UK were made in early October and have since given confidence to more victims to come forward to say they’d been drugged.

But now, false claims have been made on social media that a woman has died in hospital after an incident of ‘needle spiking’ at a nightclub in Hove last weekend.

Sussex Police have had to dispel a terrifying report that a woman suffered a cardiac arrest after being spiked by injection and died later in hospital.

A post shared on Instagram on Thursday by the account @Imjustbrighton_, which identifies itself as ‘Sussex’s official media outlet’ and has nearly 25,000 followers, said that three girls were injected while on a night out in the seaside resort.

It alleged all of them went into a cardiac arrest and required chest compressions.

‘Luckily, two of them came around and were taken to hospital. The other passed away in the hospital’, it added.

The post, which had been liked by more than 7,377 users and shared hundreds of times, is said to have been sent to the page more than 10 times yesterday.

It claims to have been written by someone who ‘works for the ambulance service’, whose colleague told them about the alleged incident in Hove.

It is not known if the person who originally wrote the post got in touch with @Imjustbrighton_ or whether the page received it second hand.

A spokesperson for Sussex Police told Metro.co.uk: ‘Police have not received any reports of any deaths related to spiking, nor of women being taken to hospital as a result of being spiked in Hove over the weekend (Friday, October 22, to Sunday, October 24).

‘We are aware of a post being shared around social media repeating a similar claim and we can confirm we have had no reports to suggest it is factual.

‘We take any reports of spiking seriously and recently outlined the force’s approach to keeping people safe in the night-time economy.’

Police across the UK are investigating dozens of reports of people being spiked with needles on nights out, with fears of over the new kind of assault.

Helena Conibear, CEO at The Alcohol Education Trust, pointed out in an interview with Metro.co.uk that spiking with injections is a ‘very recent phenomenon’.

According to John Mooney, consultant in Public Health, the cases are ‘extremely unusual’ and it remains the case that alcohol is the drug most used to spike drinks.

He added: ‘There has been a great deal of coverage of incidents of spiking by injection.

‘Generally speaking, most people will feel the pain of a needle, even if under the influence of alcohol or other substances.

‘Injecting someone with enough drugs to incapacitate them would likely take between 15-20 seconds, long enough for an individual to realise what is happening.’

Mr Mooney also stressed that it is ‘extremely rare’ to contract HIV or Hepatitis from a needle stick injury, unlike many false reports on social media suggest.

Rumours circulating on popular apps like TikTok and Instagram that someone was diagnosed with HIV shortly after they were injected even prompted a warning issued by the National AIDS Trust last week.

It said: ‘Online rumours someone was diagnosed with HIV shortly after a needle injury are demonstrably false.

‘Getting HIV from a needle injury is extremely rare. A diagnosis takes weeks.’