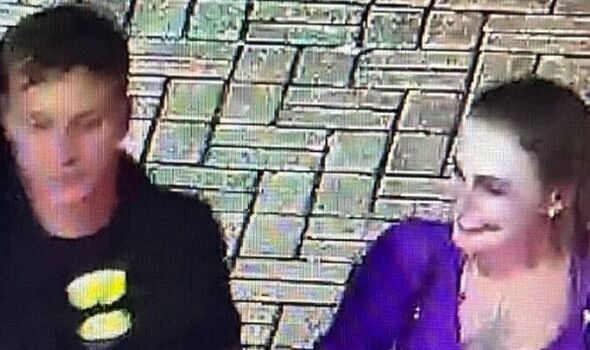 South Yorkshire Police in Sheffield released pictures of a man wearing a Batman t-shirt and a woman dressed as the Joker they would like to speak to after three men “violently assaulted in an unprovoked attack” in the town centre. In a statement, police said: “Shortly after 3am on Sunday, October 30, it is reported that three men left Stein Haus, previously BierKeller, on West Street before turning onto Bailey Lane.

It continued: “It is understood that the group were followed onto Bailey Lane by a man wearing a Batman t-shirt and a woman dressed as the Joker, before the men were violently assaulted in an unprovoked attack.”

A second victim, also 18 suffered a slash wound to his hip, suggesting that a knife was used during the assault, police added.

Police are asking for anyone with any information to come forward.

The police statement continued: said: “Do you recognise the individuals pictured? Did you see these two in the West Street area around the time stated above?

“If you have any information that could help officers locate the suspects, please contact us using live webchat, our online portal or by calling 101 quoting crime number 14/195350/22.

“Alternatively, you can provide information to independent charity Crimestoppers anonymously via their website – www.crimestoppers-uk.org – or by calling their UK Contact Centre on 0800 555 111.”