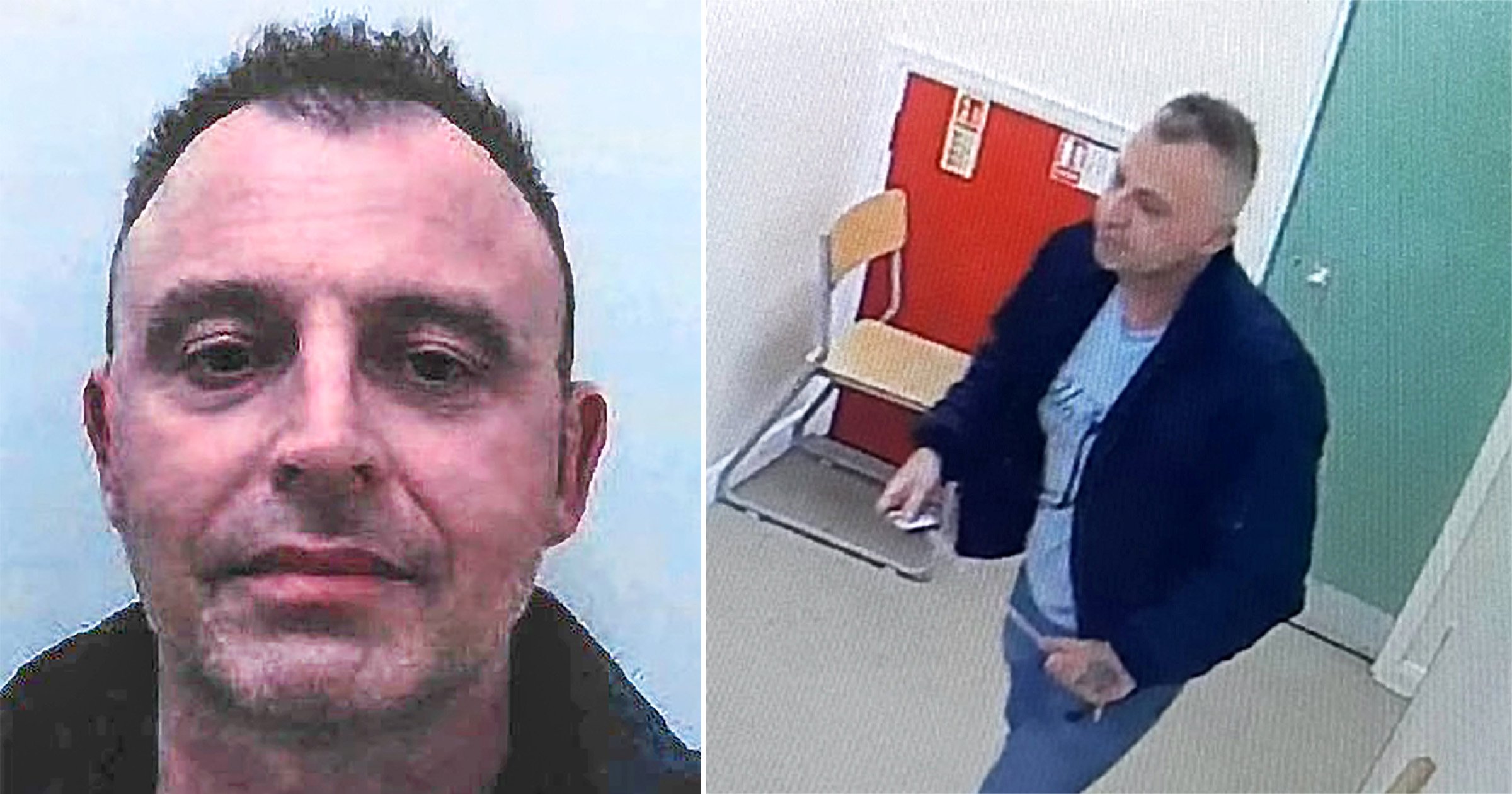 A manhunt has been launched after a convicted killer escaped from open prison.

Marcus Coates, 54, was jailed for manslaughter in 2012 and has escaped from HMP Leyhill in Gloucestershire.

Now, police have launched a manhunt to track him down and are warning the public to keep their distance and immediately call 999 if they see him.

He has several tattoos, including his name and a rose on his name on left hand, a heart and West Ham FC on his right arm and a woman’s name across his knuckles on his right hand.

He was last seen near Bristol train station yesterday between 8.30am and 9.30am wearing a blue polo shirt, blue jacket, blue jeans and grey Puma trainers.

Police believe he has links to London and Kent.

Officers are urging anyone who sees Coates not to approach him and call 999, quoting reference number 5221253377.

Anyone who has any information about where he may be is asked to call 101 quoting the same reference number.

Suspect arrested over 'Bonnie and Clyde' crime spree by couple