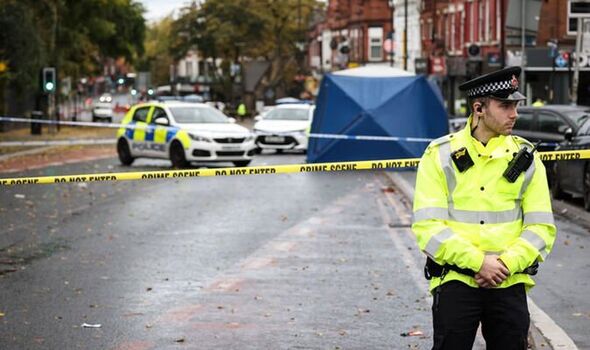 Police in Manchester have launched a murder investigation after a 19-year-old university student was stabbed on a road near the University of Manchester campus. Officers were called to Wilmslow Road, in the Fallowfield area, at around 2am this morning.

Greater Manchester Police said officers attended and commenced CPR on the man who had been stabbed at the scene.

The man was then taken to hospital, but sadly died a short time later due to his injuries.

The force said in a statement a short while ago that the student’s next of kin had been informed, and that specially-trained officers were supporting them.

Earlier, the Manchester Evening News reported that the student was understood to have been on his way home from a party when police believe he encountered his alleged attacker.

It said that the two were not believed to have been known to one another.

Detective Superintendent Neil Jones, of GMP’s south Manchester division, said: “This was a terrible crime which has robbed a young man of his life and my thoughts are with his family at this devastating time.

“I understand it will cause distress and concern to many in Fallowfield and across Manchester more widely, including our large student community.

“The investigation is in its early stages, but I can assure you that our officers are working round the clock and carrying out extensive enquiries to establish the full circumstances surrounding this incident.

“We are actively pursuing leads and will relentlessly pursue the offender to ensure they are brought to justice.”

A large cordon remains in place on the busy main road as forensic officers look for potential evidence, including around a row of shops near some student halls of residence.

Parts of Cawdor Road, Furness Road and Landcross Road – which run between Wilmslow Road (A6010) and Platt Field Park – were also cordoned off.

GMP are also appealing to members of the public for information and any footage from the area.

DS Jones added: “There will be more officers out on the streets in Fallowfield and the surrounding area over the coming days conducting high visibility and plain clothes patrols to gather intelligence and reassure the community.

“Greater Manchester Police operates a Student Safe Operation with our partners on Wednesday, Friday and Saturday nights where our officers patrol the student areas at night, and these efforts will ramp up and be given extra resources.

“I hope this goes someway to reassure the community and if anyone has any information about this incident or has any concerns, I urge you to speak to these officers. They are there to help and support you.”

Anyone with information that may be relevant to the investigation is urged by the force to contact them, quoting incident number 240 of October 26.