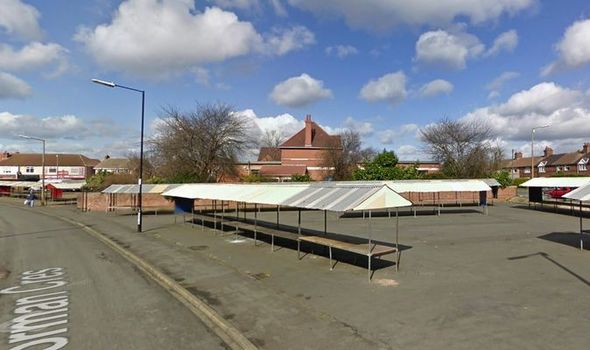 The women, 17 and 45, have been arrested on suspicion of murder and remain in custody. The body of the newborn was found dead in a house in Doncaster on Thursday. Emergency services were called to the scene at Norman Crescent, Rossington at 12.15pm today.

The baby was pronounced dead at the scene.

Temporary Superintendent Jamie Henderson said: “This is an extremely tragic case and I know the local community, and those further afield, will be very upset to hear about what has happened.

“At this time, our investigation into the circumstances surrounding the baby’s death is in the very early stages and we ask the public not to speculate about the case.

“There is a cordon in place on Norman Crescent in the Rossington area while our officers carry out their work, and therefore we are asking members of the public to avoid the area at this time.”

The police have also erected a cordon which remains in place.

They have also asked the public to avoid the area and not to speculate over the incident.

Police are appealing to anyone with information which could assist with enquiries into this tragic incident to call 101, quoting incident number 325 of 16 December.

Alternatively, you can stay completely anonymous by contacting the independent charity Crimestoppers via their website Crimestoppers-uk.org or by calling their UK Contact Centre on 0800 555 111.

Over the summer, the Government announced its crime reduction plan.

The plan builds on the Prime Minister’s pledge to keep the most dangerous defenders in prison.

It also accompanies the Government’s pledge to deliver 20,000 extra police officers promised by  2023.

The new measures include the use of electronic monitoring for thieves and burglars.

There will also be £17million devoted to a new violence reduction units.

Announcing the measures, Mr Johnson said: “When I first stood on the steps of Downing Street as Prime Minister, I promised to back the police and make people safer, because we cannot level up the country when crime hits the poorest hardest and draws the most vulnerable into violence.

“That is why my government has remained unstinting in its efforts to protect the British public and this plan delivers a fresh commitment, as we emerge from the impacts of the pandemic, to have less crime, fewer victims and a safer society.”