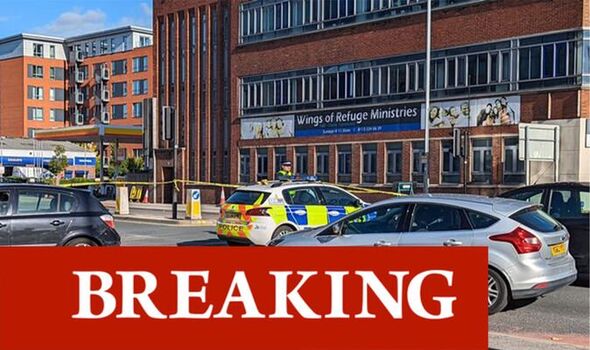 Police have sealed off a city centre street after an antiques dealer received a parcel containing a grenade earlier today.

West Yorkshire Police (WYP) officers swarmed the city centre around 11.37am this morning after Vintage Cash Cow in Leeds reported it had received the “suspicious package” in the post. Both the business and neighbouring buildings were evacuated.

Crime scene investigation tape cordoned off Leylands Road, as well as the A61 Regent Street, which was closed in both directions for around three hours. Around 2.30pm, both police and Vintage Cash Cow confirmed the item was a grenade.

In an updated statement WYP told Leeds Live: “The grenade has been examined by Army bomb disposal experts and found to be inert. The cordon and road closures have been removed.”

An eyewitness described the scene as “chaos”, and “mayhem” paraded the city centre around 2pm, with traffic moving slowly and police cars at the scene. The road reopened around 2.20pm, but enquiries remain ongoing.

A spokesperson for West Yorkshire Police confirmed: “Police were called by a business premises on Leylands Road, Leeds at around 11.37am today (Tuesday 18 October) to a report they had been sent a suspicious item.

“Following further enquiries, a cordon has been put in place and the army explosives ordnance department are attending.”

Vintage Cash Cow offers a service where customers request a free postage pack and send in any old items they want to exchange for money. These include cameras, medals and militaria, jewellery and watches.

Boris Johnson challenged over 'unequal impact of coronavirus on women'