A police officer who dishonestly scanned a 7p barcode for carrots to pay for a £9.95 box of Krispy Kreme doughnuts has been sacked for gross misconduct.

Simon Read’s claim that he made an honest mistake at a self-service checkout in Wisbech, Cambridgeshire, was “lacking in credibility”, a panel at his disciplinary hearing concluded.

The Cambridgeshire constable was in uniform when he purchased the treats – along with carrots, a sandwich and a drink – at a Tesco Extra on 10 February.

He scanned the carrots barcode twice and failed to scan the doughnuts barcode, buying the items for about £4 instead of £14.

A Tesco manager later informed police about reports of a “suspicious police officer at its store” and the matter was investigated, the hearing in Peterborough was told.

Sharmistha Michaels, chair of the disciplinary panel, said: “On the balance of probabilities we are satisfied that PC Read did intentionally scan the wrong barcode.”

Even though he claimed he had not checked the screen, Ms Michaels said CCTV showed him looking at it to select his payment method.

He had put the carrots barcode on the doughnuts box, on the same side as its barcode.

If he had intended to pay the full price he could have verified that he scanned the correct barcode, said Ms Michaels. 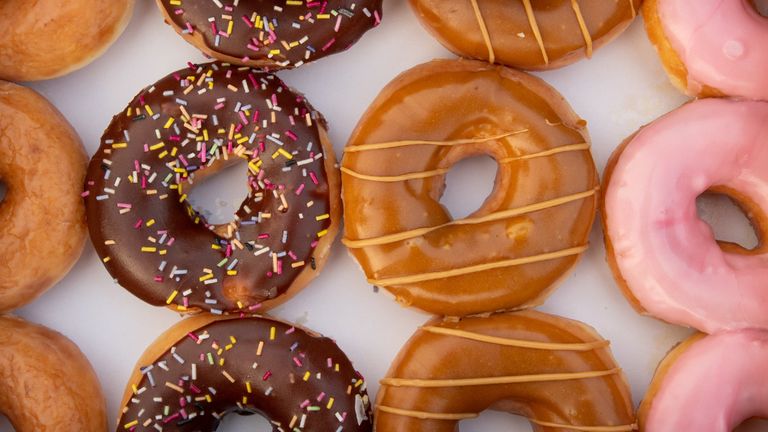 The panel ruled that the officer breached professional standards of honesty and integrity, amounting to gross misconduct, for which he was sacked without notice.

Ms Michaels said his actions were “incompatible with his role as a police officer”.

“The officer’s behaviour has undermined public confidence in the police,” she said.

Lawyer Mark Ley-Morgan, who set out the misconduct case, said it was “an officer effectively stealing while in uniform”.

“He was using his uniform as cover,” he said.

“Who would be suspicious of a police officer?”

Carolina Bracken, PC Read’s lawyer, said the officer had received prank calls in the night from people offering him doughnuts.

She said his career was “unblemished” before the incident, with a role in Donald Trump’s visit to Blenheim Palace and several royal weddings while serving with Thames Valley Police from 2008.

He had served in the armed forces and joined Cambridgeshire Police in January this year.

PC Read has a right to appeal against the panel’s decision.

People with coronavirus symptoms being sent 100 miles away for tests