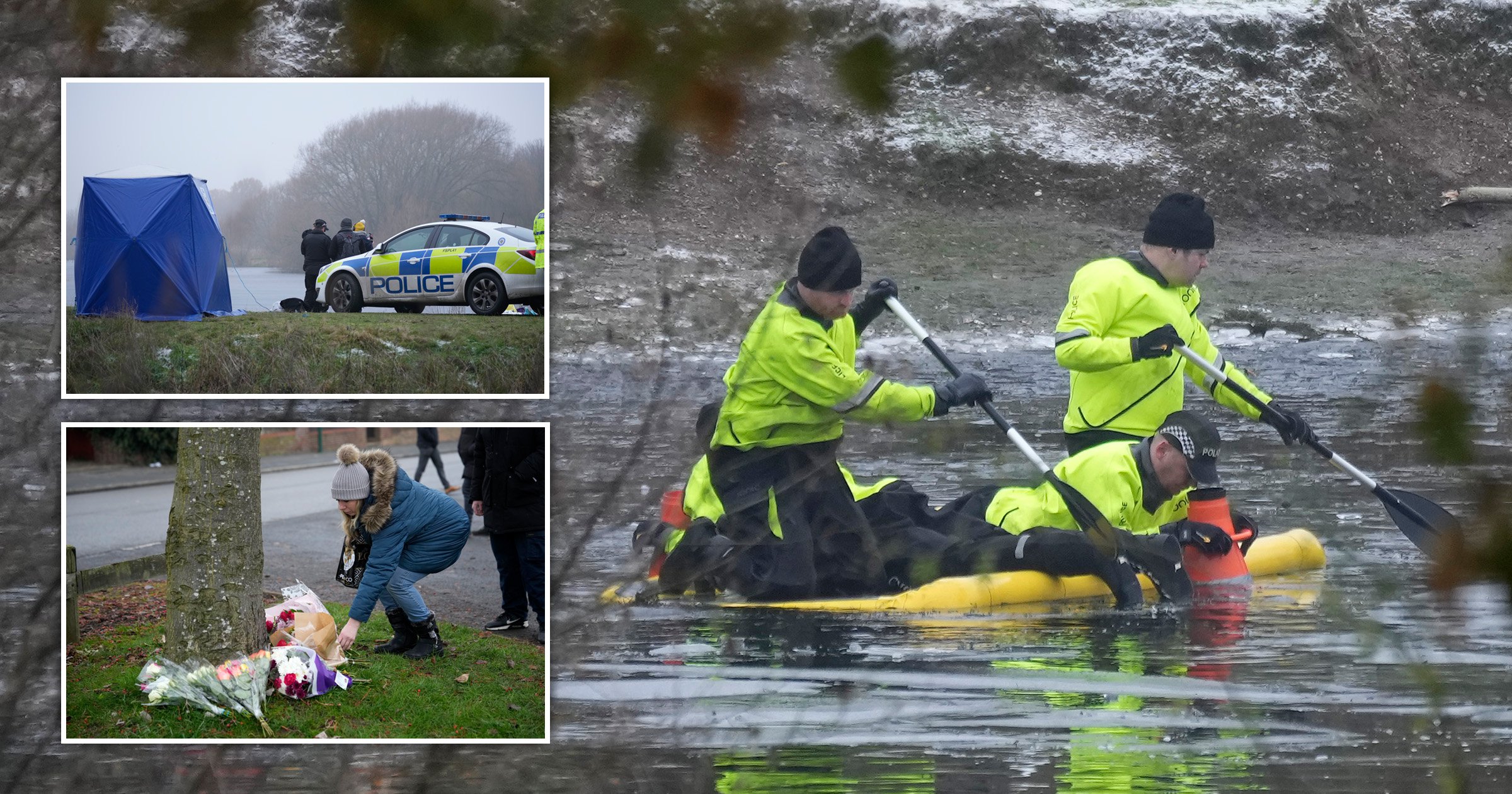 A police officer desperately tried to punch through the ice to save four children who fell through the frozen surface of a lake yesterday.

They were pulled from the water, but three were confirmed to have died today while a fourth, aged six, is in a critical condition in hospital.

Police gave an updated at a press conference this afternoon, describing the rescue operation at Babbs Mill Park in the Kingshurst area of Solihull, West Midlands.

Superintendent Richard Harris, of West Midlands Police, said they had not received contact from anyone suggesting that more children could be missing, despite initial reports that up to six had got into trouble.

But he told reporters the search was continuing, as ‘we have to be 100% certain that there is no one else possibly in the water at this time’.

‘It’s important to stress though that we’ve had no contact from anybody suggesting that there’s anybody else missing but until we’re 100% certain we will be carrying on searches throughout the course of today,’ he said.

Supt Harris told reporters: ‘Police officers did go into into the water.

‘They were joined by other members of the other emergency services. Some of the officers went in waist-deep.

‘One of my officers was trying to punch through the ice to actually rescue the children themselves. That officer as a result of that had some mild hypothermia yesterday. I’m pleased to say that he’s now been released from hospital and he’s absolutely fine.’

Superintendent Harris said there are a number of witnesses officers still want to speak to and appealed for anyone with information to contact the force.

He said the families affected were ‘absolutely devastated’ and that ‘at this time of year in the run up to Christmas it adds to the tragedy’.

Police were going by the families’ wishes about how much information they wanted to be made public about the incident, he said, adding he wanted to pass on his deepest sympathies for the tragic incident, and that specialist officers were supporting the families.

Local schools where the children attended were also offering support to children, he added.

‘It is incredibly sad that we do not have any better news for you today, regarding yesterday afternoon’s incident’, he said.

West Midlands Fire Service area commander Richard Stanton was also present, and said the deaths were a ‘stark reminder’ of the dangers of open water.

He told a press conference at the scene: ‘Frozen lakes, ponds, canals and reservoirs can look picturesque but they can be lethal and there are no greater warnings of this than yesterday’s tragic events.

‘We would ask parents and carers to remind their children of the dangers of ice and why they must keep off it. Please help us to avoid this from happening again.’