A police officer who violently smashed a man’s windscreen after mistaking him for a drug dealer committed gross misconduct, an investigation found.

Mobile phone footage which went viral showed Joshua Savage attacked Leon Fontana’s Ford Fiesta with a baton before sawing through the glass with a lock knife.

He was left with a shard of glass in his eye that had to be removed by a doctor, and had to pay £175 to have his windscreen fixed.

The incident happened in Camden, northwest London in September 2016.

Mr Savage was acquitted at a criminal trial in July last year after being charged with assault by beating and damaging property.

He was also cleared of possession of a bladed article for having the lock knife, which is not issued to officers as part of their kit.

Mr Savage claimed it was common practice for Metropolitan Police officers to carry knives on duty, and said he had acted lawfully and proportionally when the driver refused to get out of his car. 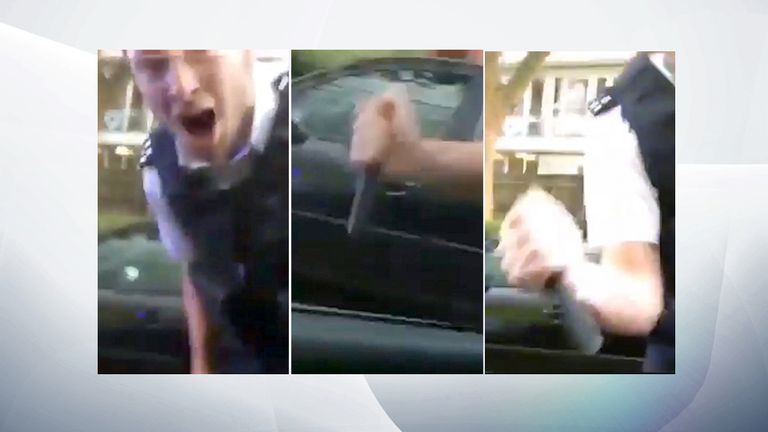 A police misconduct panel found the officer breached standards as he had forcefully smashed the window without warning.

He was also found to have lost control and to have been carrying the knife without permission.

“If true, this would be matter for public concern. We raised the matter with the force during our investigation and we await its assurance that it has taken action to ensure this is not the case,” he said.

He also said he was “disappointed” the IOPC had to use their powers to force the Met Police to hold an investigation.

“Public confidence in policing requires transparency and accountability,” he said.

Mr Savage quit the police force before the hearing so will not face any disciplinary action.

Royal finances: How much money did the Royal Family spend on travel?