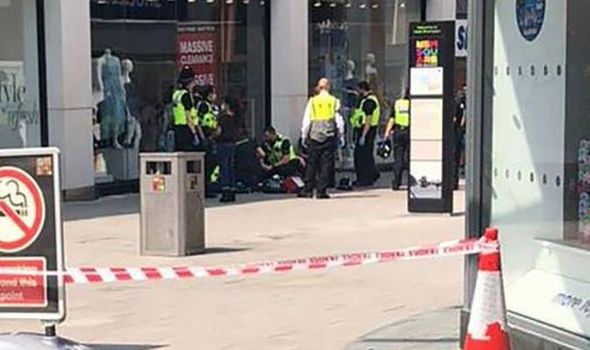 Witnesses at New Square Shopping Centre in West Bromwich, West Midlands, saw “chaotic scenes” after the officers were hurt carrying out arrests. An air ambulance has reportedly landed nearby.

Shopping centre bosses told Birmingham Live: “A serious incident has taken place this morning at the shopping centre which resulted in two police officers being injured.

“The men involved were arrested at the scene and the police officers are currently receiving medical treatment. We are now assisting West Midlands Police in their investigation and we will give further updates once we’re able.”

But photos taken at the scene show several police officers detaining a person outside a shop. The area has been sealed off.

“It was terrible, saw one copper with what looked like a bad injury to his neck,” one witness said.

“I’m glad there were arrests.

“I felt sorry for the little children who were scared, it was awful for them to see.”

The Royal Family's highs and lows of the last decade