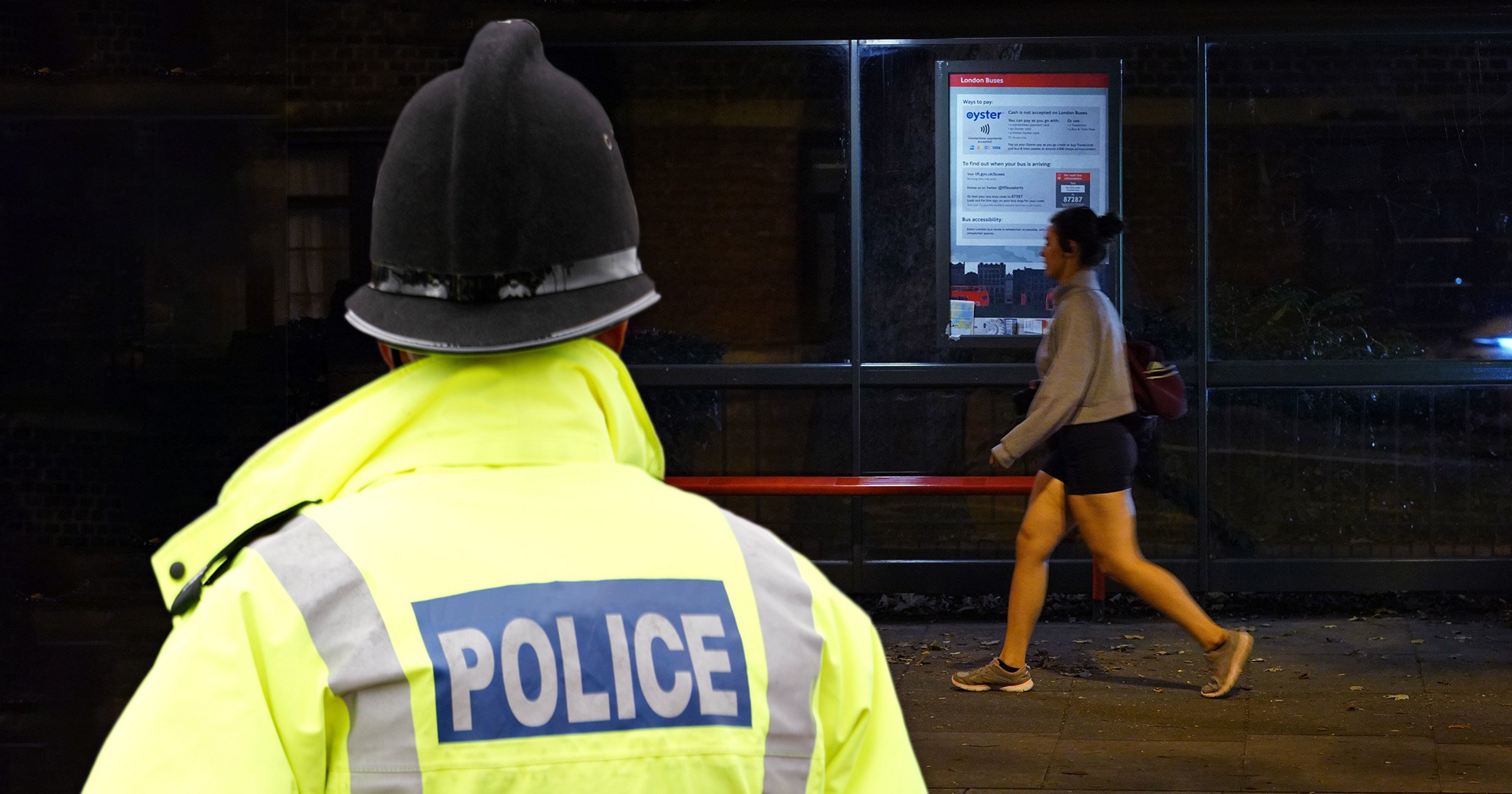 It emerged this week that serving Met Police cop Wayne Couzens used his warrant card to arrest the 33-year-old before raping and murdering her.

Outrage over the case has led to many women wondering about their rights if stopped by a lone male officer.

Police Scotland said to assure the public, officers who are operating on their own will proactively offer to carry out a verification check for anyone they come across who is concerned for their safety.

This will involve the officer’s radio being put on loudspeaker and a member of the control room staff confirming who they are.

Police Scotland said its constables will normally operate in pairs, though there may be rare cases when a lone officer approaches a member of the public.

Deputy Chief Constable Will Kerr said: ‘Public confidence and consent is critical to our legitimacy, and our ability to keep our communities and citizens safe.

‘The appalling circumstances of Sarah Everard’s murder have deeply affected people and many are now understandably concerned about verifying an officer’s identity.

‘Police officers will, of course, continue to approach any member of the public who appears distressed or vulnerable, to offer support and assistance.

‘However, although it is rare for a lone police officer to have to speak to a member of the public in Scotland, we absolutely recognise our responsibility to introduce an additional means of verification to provide further reassurance to anyone, in particular women who may feel vulnerable, and who might be concerned if they find themselves in this situation.’

Detective Kerr said the new process has been introduced with immediate effect.

He added: ‘The onus is on us, as a police service, to proactively offer this additional verification process to any member of the public who appears distressed, vulnerable or frightened.

‘Police officers always carry photographic identification and will be happy to provide further reassurance about who they are and their reason for speaking with someone if requested.’

It comes after the Metropolitan Police was attacked over its safety advice to women, saying they should ‘wave down a bus’ if they don’t trust a police officer who has approached them.

Government ministers and Scotland Yard were accused of being tone-deaf after issuing guidance on what action the public should take if they fear an officer is not acting legitimately.

Other advice – including shouting to a passer-by, running to a house, knocking on a door, or calling 999 – was also met with heavy criticism, with one MP branding it ‘derisory’.

Labour’s Bell Ribeiro-Addy said on Twitter: ‘We want to know what the Met are doing to address the deeply rooted problems with violence against women within the force.

‘And they wonder why trust is at an all-time low?’

Meanwhile, a Tory police chief was accused of victim-blaming for saying women need to be ‘streetwise’ and understand the legal process of being arrested.

North Yorkshire’s elected Police Fire & Crime Commissioner Philip Allott faced calls to resign over the remarks, which he later apologised for and retracted.

In response to Allott’s comments, many people said they would not have challenged an officer if approached.

Legal commentator David Allen Green said no lawyer would have advised Sarah ‘to resist arrest by a police officer with a warrant card’.

Couzens , 48, was sentenced to die behind bars for his crimes this week.

In handing down the rare whole-life order, Lord Justice Fulford said he had ‘not the slightest doubt that the defendant used his position as a police officer to coerce [Sarah] on a wholly false pretext into the car’.

After the horrific details of the case emerged, one women’s charity said they have been ‘flooded’ with questions from women regarding their rights if stopped by a lone male policer.

Making Herstory shared advice on Twitter in response to the calls.

The questions they suggest are as follows:

Additionally, the force says that if the officer has a radio, you could ask to speak to the operator.

If you do not believe the officer is legitimate, the Met advises to either shout out to a passer-by, run and knock on the door of the nearest house, wave down a passing bus, or if you are in the position to do so, call 999.