But, the drugs, worth £230 million if sold on the streets, had already been removed from 41 pallets of bananas by Border Force officers at Portsmouth International Port as part of a National Crime Agency (NCA) sting. After the Border Force intercepted the drugs, The NCA allowed the bananas, which came to Portsmouth on a cargo ship from Columbia on February 14, to be delivered to an industrial estate in Tottenham, north London, on Thursday.

Armed officers, some wearing gas masks, from the Met Police and NCA laid in wait and then moved in to arrest five men who arrived to collect the load.

Five other men were arrested at another industrial estate in Enfield as part of the operation. Three of the ten, aged from 21 to 56, have been charged with importation of class A drugs.

John Coles, Head of Specialist Operations at the NCA, said: “The numbers here speak for themselves; this is a massive seizure which has denied organised criminals hundreds of millions in profits, and is the result of a targeted investigation conducted jointly by the NCA and Met Police.

“The NCA is focused on disrupting the organised crime groups posing the most significant risk to the UK, which includes those involved in class A drug supply. 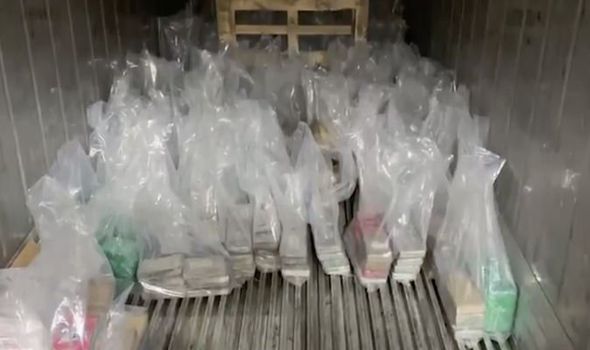 ““Illegal drugs are a corrosive threat and those who deal in cocaine are often violent and exploitative. Cocaine supply is directly linked to the use of firearms, knife crime and the exploitation of young and vulnerable people.

“We work closely with domestic and international partners to target those at the top of the chain and ensure that transnational drug networks are met with a global response.

“Border Force is a key partner and was vital in preventing these drugs from being successfully trafficked into the country.” Detective Superintendent Simon Moring from the Metropolitan Police Service said:

“This operation is a great example of partnership working between the Met, NCA and Border Force, which resulted in one of the UK’s biggest ever seizures of cocaine – around 2.3 tonnes. 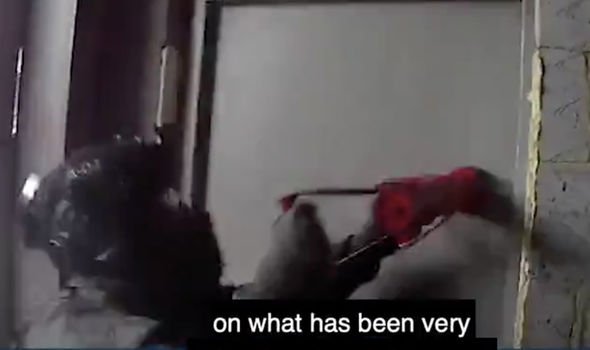 “This significant seizure means that these dangerous drugs cannot reach the streets of London and beyond, where they have the potential to cause great harm to people and communities.

“Whilst these operations are complex and resource intensive, they are vital to disrupt organised criminal networks and to ensure we keep our communities safe.

“We know there is an inextricable link between drugs and violence – that is why tackling the importation and supply of drugs is a crucial part of our work to reduce violent crime in London.”

The seizure was part of an investigation led by the joint NCA and Met Police Organised Crime Partnership (OCP). The OCP works to stop the flow of drugs to the criminal market in London, target criminals that impact on London, as well as disrupting those that make huge profits from the illegal trade.

Gardaí arrest 46 people as part of investigation into organised begging