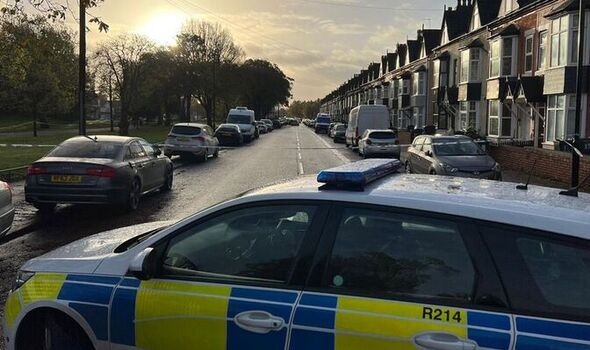 A murder investigation is underway after a man in his 50s was stabbed to death in a house last night.

Police descended on a residential road in Small Heath, Birmingham, at around 9.45pm and found the man with serious injuries. The street remains cordoned off today following the man’s death.

One mum of five said: “I heard something terrible happened in one of the houses. The police were knocking on doors this morning.

“I’m worried it’s true because I have five children and want them to feel safe. We have had trouble in the past, but it’s usually in the park, never really on our street.”

Another resident said: “I woke up this morning and saw the police on our road – I didn’t know about it last night. I can’t believe I didn’t hear them because most of our road is closed.

“It’s really scary to think something serious has happened [here].”

The street is adjacent to a large park and near schools, reports Birmingham Live.

A spokesman for West Midlands Police said: “We’ve launched a murder investigation after a man was fatally stabbed in Birmingham. We were called to an address in Waverley Road, Small Heath, at around 9.45pm yesterday (November 7).

“A man in his 50s was found with serious injuries and sadly confirmed dead shortly afterwards. Our thoughts are with his loved ones during this devastating time.”

No arrests had been made as of Tuesday morning.

The man, whose name and exact age are yet to be disclosed, died at the scene despite the best efforts of police and paramedics.

West Midlands Ambulance Service said in a statement: “We were called to reports of a stabbing at a private address on Waverley Road at 9.51pm last night. Two ambulances, a paramedic officer and a trauma doctor attended the scene.

“On arrival we discovered one male patient who was in a critical condition and already receiving medical attention from police colleagues.

“Ambulance staff began administering advanced life support but sadly, despite everyone’s best efforts, it became apparent nothing could be done to save the patient and he was confirmed dead at the scene.”

Coronavirus: COVID-19 was brought into UK by 1,300 travellers, mainly from Europe – study finds