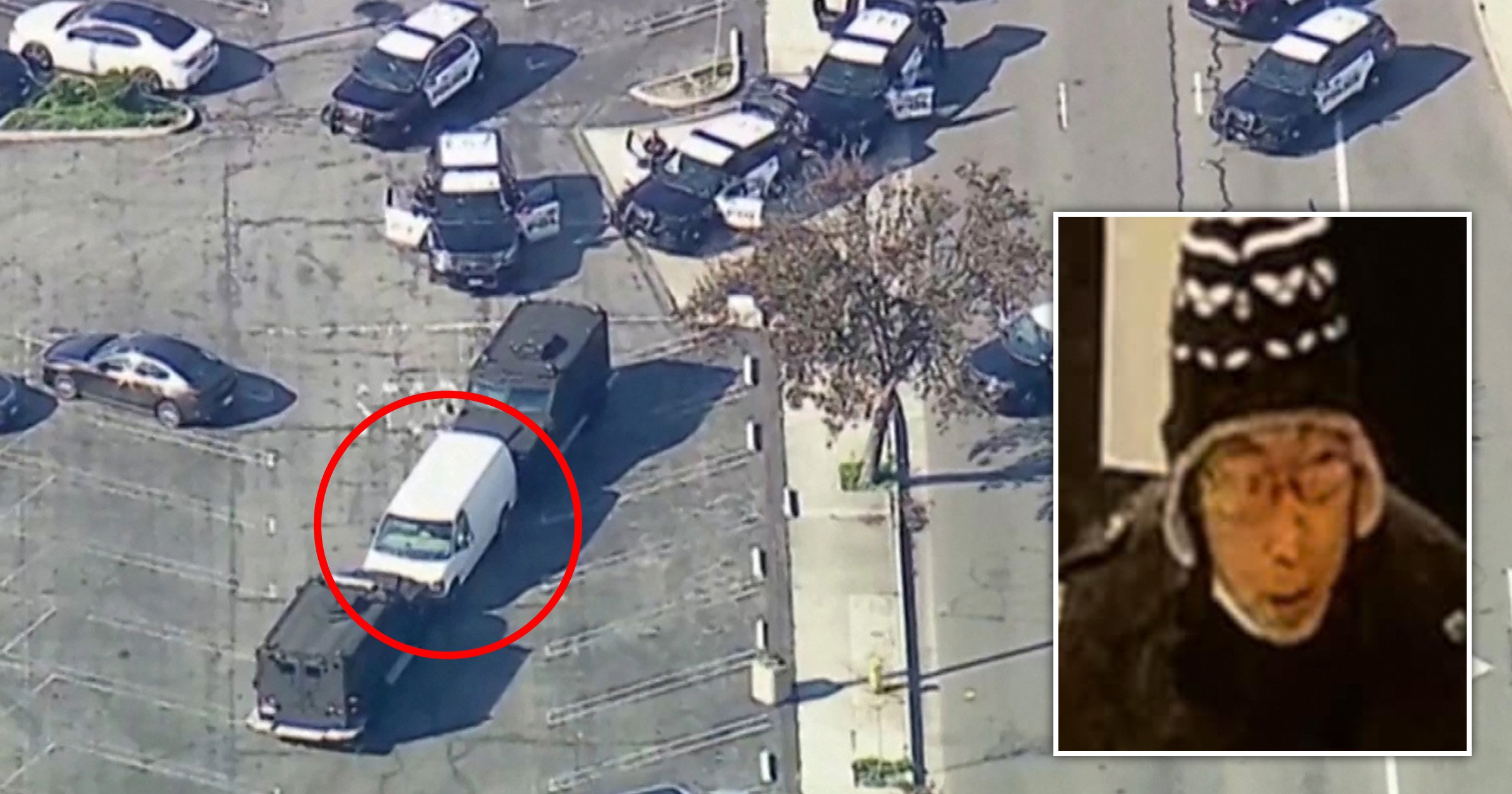 Armed police have swarmed a white van that is said to have been linked to the gunman who shot dead ten people in Los Angeles.

Officers have been hunting the gunman after the horrific shooting happened following a festival for Chinese New Year in California on Saturday night.

A number of photos show a SWAT team and police surrounding the white van in a car park in Torrance, near LA, before getting into a standoff.

Authorities believe a person is inside the van, but they are unsure if it is the suspect.

The condition of the person inside the van is unknown.

However, police did release a photo of the alleged suspect wearing a black leather jacket, black knit beanie, and glasses.

The alleged suspect has been identified as a 5-foot-10 inches Asian man with a dark complexion, weighing 150lbs.

He has been described by authorities as a homicide suspect, but police are withholding his name.

Gunshots were first heard after 10pm local time around the location of a party for Chinese Lunar New Year.

Los Angeles Sheriff Robert Luna confirmed in a press conference today a ‘preliminary description’ of the suspected shooter was of an ‘Asian male’.

They also confirmed that a ‘white cargo van’ was a vehicle of interest.

Los Angeles’s County Sheriff’s Department said in an appeal tonight: ‘On Saturday January 21, 2023 at 10:22 PM the suspect male/adult/Asian pictured above was involved in a shooting on the 100 block of West Garvey Ave in the City of Monterey Park.

‘A second incident occurred at 10:39 PM on the 100 block of South Garfield Ave, in the City of Alhambra.

‘Investigators have identified him as a Homicide suspect and he should be considered armed and dangerous.’