Nick Ferrari erupts in furious rant at police over crime

British policing has lost its way and needs wholesale reform, former Met Detective Chief Inspector David Spencer warned. He told Tory leadership candidates they must take radical action if they want to become the party of law and order again.

Mr Spencer, now Policy Exchange’s Head of Crime and Justice, set out a plan for the next government to create “a  force fit for the future”.

Top priority is ensuring policing gets the basics right and focuses on fighting crime.

Mr Spencer said it was also vital that the police are impartial if they the public is to have confidence in them.

“Acts that may be intended by as a show of solidarity against discrimination, such as ‘taking the knee’ or an officer wearing a badge on their uniform’ can easily be interpreted by others as an expression of a partisan political view,” his report warned. 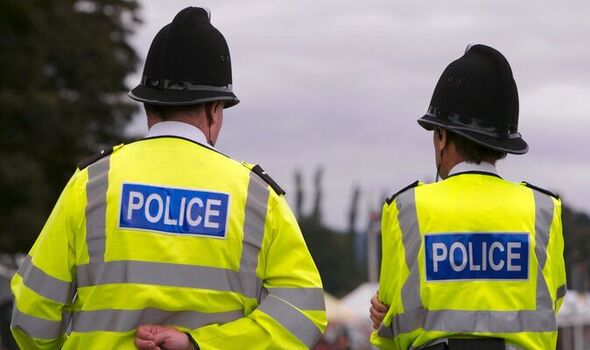 Mr Spencer said: “If the past few years have shown us anything, it is that British policing has lost its way.

“An overhaul of police leadership is needed which is capable of delivering for the public. When institutions become closed shops they cease to be effective – this cannot happen with the institution that exists to protect the public from crime and disorder.

“We need to breathe new life into British policing so that new approaches to crime can be applied, particularly to growing areas like cybercrime and online fraud, which are already costing Britons and the wider economy billions each year.” 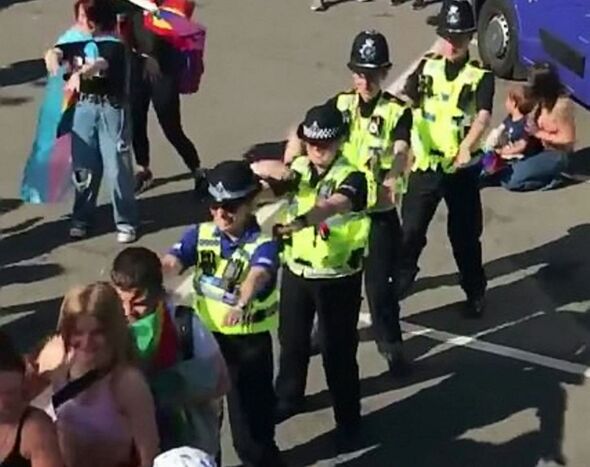 Surging numbers of police recruits will keep the country’s streets safer and provide the “firepower” in the ongoing fight against crime, Boris Johnson has said.

The Prime Minister said almost 14,000 officers have already been recruited. It follows a record £15.8billion investment in forces up and down the country.

Speaking ahead of joining new police officers working on the frontline, Mr Johnson said: “Making our streets safer has always been central to my mission to level up this country, because everyone should have the security, confidence and opportunity that comes from having a safe street and a safe home, wherever they live.

“We are cracking down on vile gangs and putting dangerous offenders behind bars for longer – and at the heart of these efforts are the 20,000 new officers who will be out on the streets providing the firepower for years to come in the fight against crime.”

Mr Johnson was also due to speak to officers from one of the 20 new Violence Reduction Units set up by the government.

His visit comes as new Home Office figures show a 90 per cent satisfaction rate among new recruits brought in under the government’s recruitment drive, with almost 80 per cent reporting that the job met or exceeded their expectations.

Located in the areas hardest hit by violent crime, Violence Reduction Units target the underlying causes of violence to help prevent children and young people being exploited by criminal gangs.

The £170 million programme have already prevented more than 49,000 violent offences in their first two years, and supported more than 260,000 vulnerable young people in their second year alone.

Since 2019 the police have removed over 72,000 knives and dangerous weapons through stop and search, surrender programmes and other targeted police action.

The government has also significantly stepped up action against county lines gangs and launched a first of its kind Drug Strategy to deliver a whole system approach to tackling supply and demand.

Since November 2019, more than 2,400 drug dealing lines have been shut down, 8,000 arrests made, and supported over 9,500 individuals at risk of exploitation.

The government’s Police, Crime, Sentencing and Courts Act, which passed into law last year, equips the police with the powers and tools they need to crack down on crime, including through lifting restrictions on stop and search and introducing new court orders to help target known knife carriers.

The Act has also brought in tougher sentences to keep serious sexual and violent offenders behind bars for longer, so that they pay the full price of their crimes.