A video shows police being verbally abused after breaking up an illegal birthday party in Manchester.

Officers were called shortly before 9pm last Friday to reports of a gathering of six people at a private residence in Beetham Tower on Deansgate in the city centre.

But they were unable to establish any evidence until further reports were made.

At around 2.50am on Saturday morning, another report was made of a fight involving 50 people at the property when police attended again.

Many party-goers dispersed as officers arrived, but police are now investigating retrospective action, including the prospect of a maximum £10,000 fixed penalty notice (FPN) for the organiser.

One party-goer moaned: ‘We are having a f** drink and you have come and spoiled it’.

Another reveller denied any knowledge of a lockdown, to which an officer replied: ‘Have you got a brain though?’ 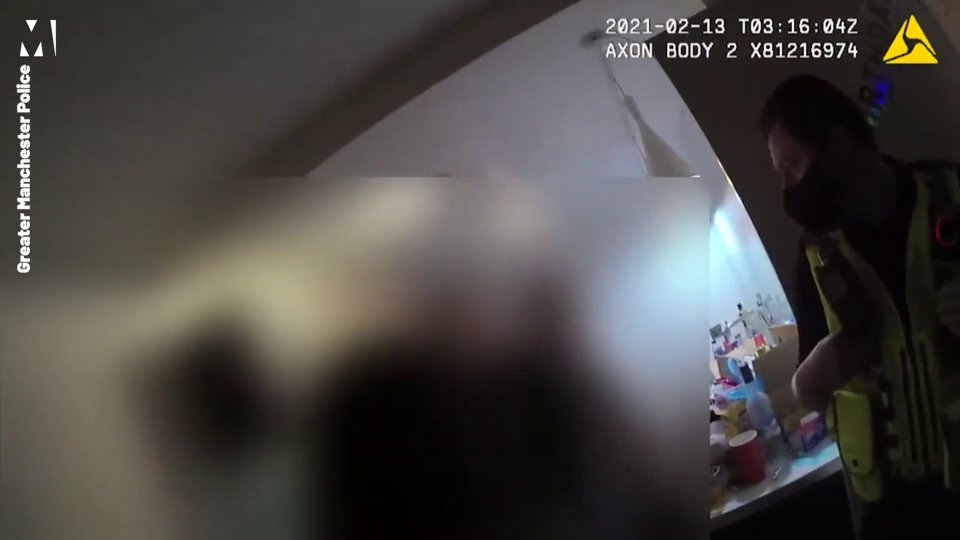 The gathering at Beetham Tower was one of 74 incidents attended by Greater Manchester Police’s (GMP) dedicated operation to tackle significant Covid breaches, Operation Ocean, over the weekend.

A total of 185 Fixed Penalty Notices (FPN) have been issued, including several £800 fines, for incidents across the area.

They include an 18th birthday party on Saturday night attended by at least 30 people at an address in Newton Heath, Manchester, and a staff party at an industrial estate in Salford attended by 17 people on Friday evening.

Officers also responded to a reported wedding party in Oldham where seven £800 FPNs were handed out after around 15 people were present and fled on police arrival.

A total of just over 3,700 FPNs have been issued in Greater Manchester since July 31 last year.

No need for mandatory masks in the workplace, says Minister