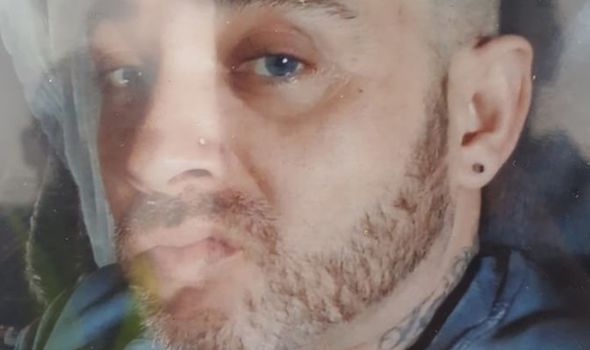 Officers say they want to talk to Allen Anthony Brown, 44, about the stabbing in Stockport, Greater Manchester, on Friday morning. A man in his 40s was rushed to hospital in the horror but his injuries are no longer thought to be life threatening.

But police say Brown, of no fixed address, may be armed and have urged members of the public not to approach him.

He has connections to both Stockport and nearby Manchester, police say.

Officers dashed to the address in the affluent Cheadle Heath area of Stockport at around 11.35am on Friday, reports Manchester Evening News.

The full Greater Manchester Police statement reads: “Police were called at 11.35am on Friday 3 September 2021 to Birchfield Road, Cheadle Heath, to a report of a stabbing.

“Emergency services attended and enquiries established a man in his 40s had been stabbed. He was taken to hospital but his injuries are not believed to be life threatening.

“Police believe Allen Anthony Brown (23/08/1977), of no fixed abode, may be armed and have urged the public not to approach him.

“He has connections to the Stockport and Manchester areas.

“Alternatively details can be passed on via our LiveChat function at www.gmp.police.uk,  via the independent charity Crimestoppers on 0800 555 111 or by calling 101.”

Concerns about knife crime across the country, particularly in the capital, have been shared lately after a spate of horrific stabbings.

Five people were rushed to hospital after being stabbed in a large fight in Harrow, northwest London, last week.

The victims were all believed to be in their late teens or early twenties, and two of the men involved were said to be in a “serious” condition.

Police attended the scene at 4am on August 30 and investigations remain ongoing there.

Irish smuggling ring is linked to 39 deaths in trafficking tragedy