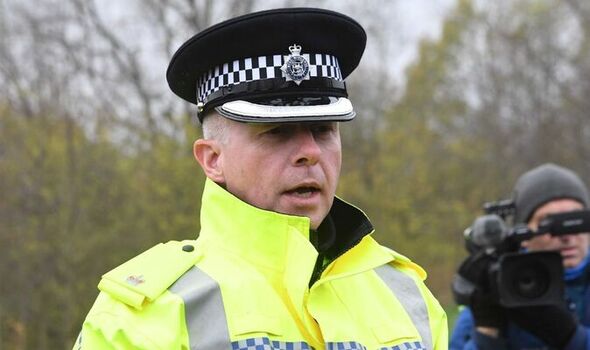 A policeman tried to “punch through the ice” in a desperate attempt to rescue children who had fallen into a freezing lake in Solihull. West Midlands Police said three boys aged 11, 10 and eight have died after being pulled from the icy lake on Sunday. Four children were rushed to hospital in a critical condition after the incident at Babbs Mill Park. Rescue services continued the search operation overnight following reports up to six children had fallen in.

West Midlands Police Superintendent Richard Harris told a news conference early this afternoon: “Police officers did go into the water and were joined by other members of the emergency services.

“Some of the officers went in waist-deep. One of my officers was trying to punch through the ice to actually rescue the children themselves.

“That officer, as a result, had some mild hyperthermia yesterday. I’m pleased to say he has now been released from hospital and is absolutely fine.”

West Midlands Police had said in an earlier statement: “Three boys have tragically died after falling into the lake at Babbs Mill Park in Solihull yesterday afternoon. The boys, aged 11, 10 and eight, were rushed to hospital after being pulled from the water.

“Sadly, they could not be revived and our thoughts are with their family and friends at this deeply devastating time. We’ll have specialist officers offering them as much support as we can. A fourth boy, aged six, remains in a critical condition in hospital.

“We’ve been working alongside colleagues from the fire and ambulance services as we do all we can to support those involved. Searches of the lake are continuing as we seek to establish exactly what happened and if anyone else fell into the water.

“We understand how distressing this is for the families and the wider community. We would ask people to not speculate or share any video footage at this stage.”