Dry weather and exceptional heat over the past month has pushed private water companies to impose hosepipe bans across England, the latest of which announced today by Thames Water coming into effect on August 24. As towns run out of water and millions face restricted usage, water companies have drawn fire for their alleged failure to plan for drought. Since being privatised in the Eighties, reservoirs have been sold, billions of litres of drinking water are lost daily to leaks while the executives responsible take home millions in bonuses.

England’s water system has been described as the last of the privatised monopolies – customers can shop around for gas, electricity and broadband provider, but not water.

Welsh water became a not-for-profit organisation in 2001 and Scottish Water went into public ownership, but England has maintained a patchwork of profit-seeking companies since 1989.

According to state regulator Ofwat, roughly a fifth of all drinking water produced washes is lost through cracked pipes and reservoirs, totalling some 3.1 billion litres a day in between 2020 and 2021.

Last week, The Daily Telegraph reported dozens of reservoirs have been given up by the water companies since privatisation, but no new ones have been built, leading to accusations of mismanagement. 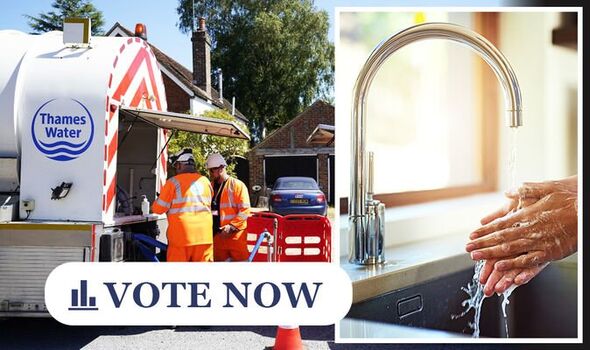 Hot on the heels of the driest half-year since the Seventies, the past July was the driest on record since 1935.

After weeks without rainfall where temperatures breached the 40C (104F) barrier for the first time in the UK, reservoirs are depleted and rivers exceptionally low. 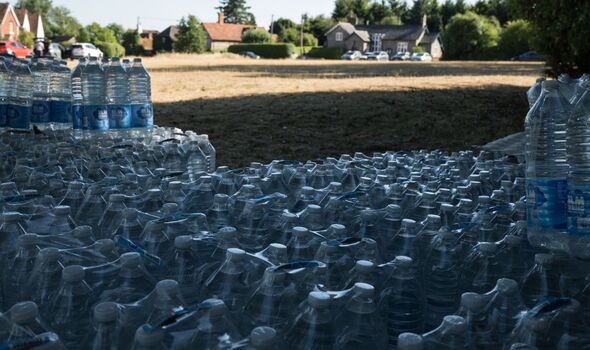 Now, amid uproar over profits and pay, the Liberal Democrats and The Rivers Trust charity have called on the Government to ban new bonuses for water company executives until leaking pipes are repaired.

Former Lib Dem leader Tim Farron said: “It is outrageous that whilst millions of people suffer from hosepipe bans, water company executives reward themselves with bonuses despite not even bothering to fix leaks.

“What on earth have they done to deserve these bonuses?

“It is time someone stood up to these companies and demanded action.

“That should start with fixing these leaks, and then once and for all ending sewage pumping into waterways.”

So what do YOU think? Should the Government renationalise the water companies? Vote in our poll and join the debate in the comment section below.