Home » Europe » POLL: Should the BBC be defunded?

Cost of living crisis: Liz Truss supporter says ‘nothing is off table’

The BBC began its lengthy journey 100 years ago, and a decade later launched its own regular television programming from the basement of Broadcasting House, London, on 22 August 1932. The world’s oldest national broadcaster, the BBC is celebrating its 100 years of operation throughout 2022. However, as viewer habits change and the cost-of-living crisis bites, the TV licence fee system that has long underpinned the corporation’s funding is under threat.

The BBC has a prominent global presence as a trusted and respected news source, yet in recent years has attracted criticism at home on impartiality grounds in its political coverage.

The vast majority of the public broadcaster’s budget comes from the mandatory television licence fee charged to all British households and organisations that have a device on which TV programmes can be watched, at a cost of £159 a year.

The rest of the corporation’s revenue comes from the sale of drama and news programmes produced by BBC Studios.

READ MORE: Fawlty Towers script from 1979 up for auction for eye-watering figure 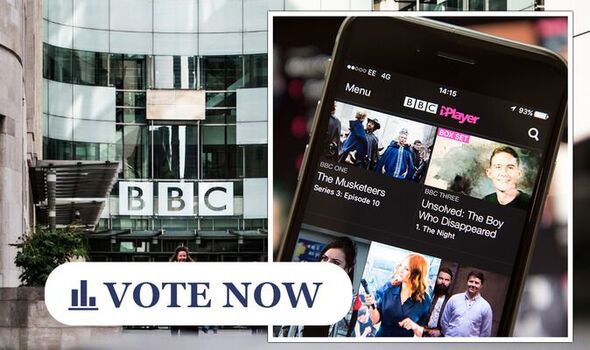 The licence fee is currently enshrined in law until 2028.

Reflecting ever-louder calls from the public to scrap the system, Culture Secretary Nadine Dorries revealed the Government will be reviewing the funding model before the next charter period.

In April, a White Paper detailed the Government’s reasoning, saying: “An increasing number of households are choosing not to hold a TV Licence, as fewer people choose to watch live TV or other activities that require a TV Licence.

“Should this trend continue as expected there are clear challenges on the horizon to the sustainability of the licence fee.” 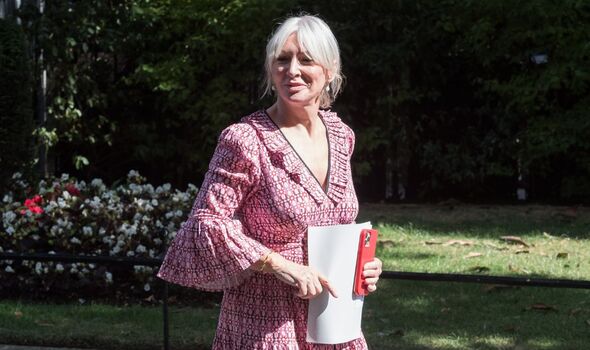 The Axe the Tax campaign argues the BBC has lost the confidence of British taxpayers by wastefully competing in the commercial market using their money.

In a Find Out Now poll conducted in January, 71 percent of respondents said they thought the fee was “very bad value or not enough value”.

However, advocates of the levy claim the BBC would be destroyed without it, as a petition initiated by Stephen Regan – that has attracted over 200,000 signatures to date – called the move to end the licence fee an “act of cultural vandalism.”

So what do YOU think? Should the BBC be defunded? Vote in our poll and join the debate in the comment section below.

COVID-19: Calorie intake ‘rises in 90% of households’ during pandemic – and working from home could be a factor

Chef’s shock at being back in Michelin