Home » Europe » POLL: Will you follow the hosepipe ban if one is enforced in your area?

Residents in Hampshire and on the Isle of Wight have been given six days’ notice of the “temporary use ban” which comes into force on August 5. Hosepipes will be banned for watering gardens, cleaning cars, filling ponds and swimming pools.

Southern Water said the ban was a “vital step” to protect the habitats of the River Test and the River Itchen where it extracts water.

Dr Alison Hoyle, Southern Water’s director of risk and compliance, said the decision was a “responsible step” to reduce water consumption and was not taken lightly.

She confirmed river flows were about 25 percent lower than they should be for July.

The hosepipe ban is the first in the region since 2012 yet the company stresses there is “no direct risk to customer water supply”. 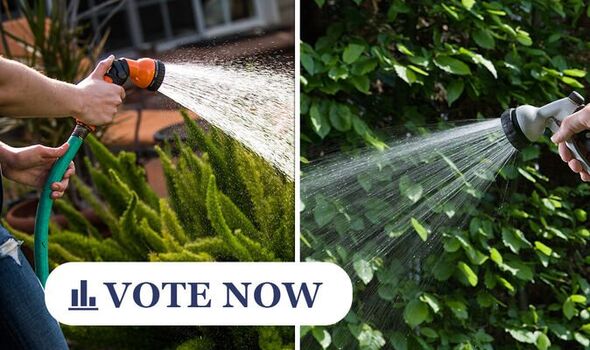 A Southern Water spokesman said the ban was directed at domestic users and would not affect essential commercial users such as garden centres.

He said: “The TUB is primarily focused on restricting domestic uses of water, but it also extends to certain non-essential water use activities relating to the upkeep of grounds of public service buildings and non-commercial workplaces.

“For example, activities such as filling or maintaining an ornamental fountain, watering gardens or cleaning paths and patios using a hosepipe at a workplace will be restricted.

“However, premises that have ponds with fish and other wildlife are able to carry on with any necessary water support to keep the environment healthy.”

Southern Water said that the measure will stay in place until enough rain has fallen to return river flows to normal levels.

Hosepipe ban: 5 ‘non-essential’ water uses that could see you fined [INSIGHT]
POLL: Have you changed your water habits to get through the drought? [VOTE]
UK drought alert: Met Office warns of driest July in over CENTURY [REPORT] 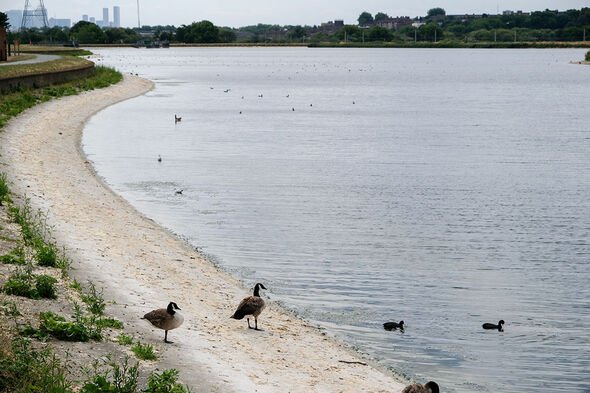 Most of England is experiencing “prolonged dry weather”, which typically comes before an official drought, the Environment Agency said earlier this week.

The nation is facing its driest conditions since 1976 a drought could be declared if low rainfall continues into August.

Residents on the Isle of Man are already under restrictions with a hosepipe ban coming into force at midnight on Friday, July 29.

Manx Utilities said the measure was being brought in following an extremely dry period and an increase in usage over recent weeks, despite a campaign to encourage residents to “use water wisely”.

England last experienced a drought in the summer of 2018 yet high demand during the record-breaking heatwave earlier this month and low rainfall have exacerbated the water shortages.

So how about YOU? Will you follow the hosepipe ban if one is enforced in your area? Vote in our poll and leave your thoughts in the comment section below.