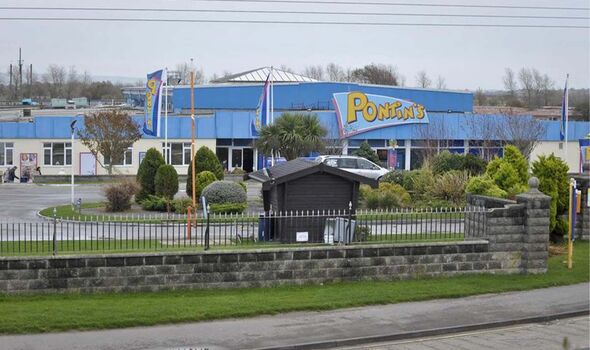 A holiday park has announced that it will be closed to the public for the next three years as a major refurbishment of the site to house hundreds of workers building a nearby nuclear power station gets underway.

Pontins Brean Sands is closing to holidaymakers, as up to 900 staff from Hinkley Point C will be staying at the site by the end of the year, while work on the new nuclear power plant is carried out.

The operator of Hinkley Point, EDF Energy, applied to Sedgemoor District Council last year to change the use of the sprawling site for staff working on the construction of the power plant. The first staff moved in late last year, reports Somerset Live.

The site will be used for Hinkley Point for three years before it reverts back to its original use. The existing facility is made up of 600 chalets, a leisure complex, swimming pool, shop, outdoor facilities including play areas, car parking and ancillary green areas in between the chalet buildings.

Improvements being carried out to the site include modernising the existing chalets and installing WiFi. A spokesman for EDF said: “EDF has taken over the site for three years in order to house 900 Hinkley Point workers and undertake a multi-million pound refit of the park to ensure the accommodation is of a high standard for workers.

“After the three years, the park will revert back to tourism use. The phased approach to the refurbishment is going well and we expect to complete later this year.

“There are around 50 Hinkley Point C workers staying at the site currently and we expect that to rise to 900 by the end of the year. We expect to finish the refurb later this year.

“We expect a total capacity of around 900 workers at the Pontins site. “The renovations represent a £multi-million upgrade to the site which will provide a long-lasting benefit to tourism in the area.

“Hinkley Point C has an on-site accommodation campus that houses 510 workers, as well as another campus in nearby Bridgwater that caters for an additional 986 people.” The Pontins site, visited by hundreds of thousands of tourists each year, is around 15 miles from the Hinkley C site and owned by Britannia Hotels.

Hinkley Point C is expected to start operation in June 2027 – a year later than originally planned. In the past the holiday complex had come under fire from guests who complained about dirty and outdated chalets.”

Arundel Castle raid: Rosary beads that Mary Queen of Scots carried to her execution among items stolen in £1m burglary